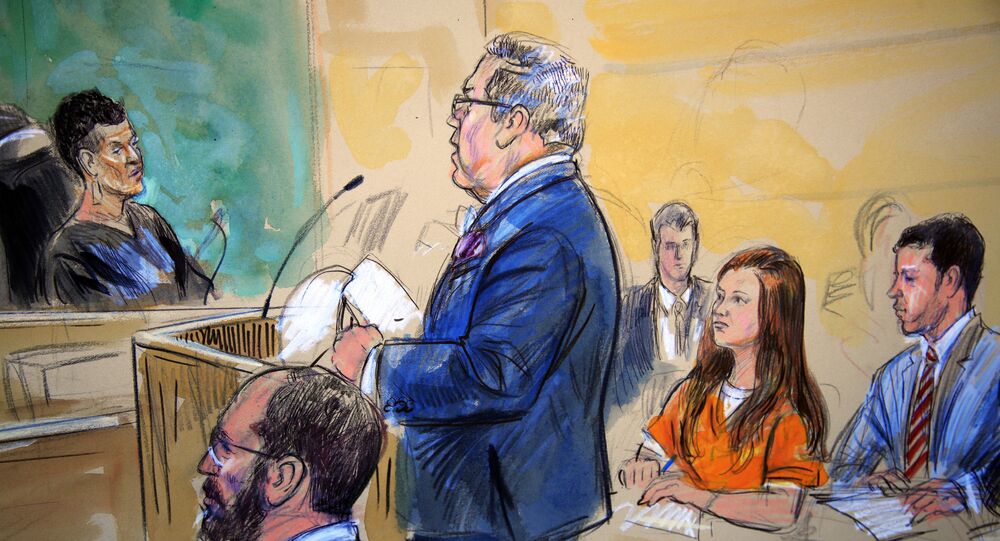 Somebody tried to intervene in detained Russian citizen Maria Butina's case and filed a motion on her behalf to dismiss the indictment against her, her lawyer Robert Driscoll told Sputnik on Friday.

The document made available in the court's online database showed that on Wednesday Judge Tanya Chutkan denied a motion to dismiss the indictment due to insufficient evidence and lack of jurisdiction. The court filing itself is unavailable for reading.

"That was not us. Someone trying to intervene," Driscoll said when asked about the court filing, which was made public in court records published on Friday. "Crazy people file stuff in high-profile cases."

Facebook / Maria Butina
'Amazing Hypocrisy to Accuse Butina of Doing Same Thing US Has for 70 Years' – Writer
Butina, 29, is a recent American University graduate who was arrested in Washington, DC on July 15 on charges of acting as a foreign agent. She firmly denies the accusations.

"Russian diplomats have recently once again visited Maria Butina, found out that the conditions of her detention, to put it mildly, leave much to be desired. They are treating her like a dangerous criminal. She was placed in solitary confinement, is under round-the-clock surveillance… It is very cold in the cell where the Russian is kept, the food ration is meager. Unlike other prisoners, Maria Butina is deprived of the possibility to stroll outdoors," Zakharova said.

Meanwhile, Russian Embassy in DC said Thursday that Butina has been allowed to make phone calls for the first time since her arrest.

© REUTERS / Press Service of Civic Chamber of the Russian Federation
Butina's Arrest Is Nonsense: Many US Citizens Lobby in Russia - Analyst
Butina was denied bail and faces up to 15 years in jail. Prosecutors allege that Butina tried to gain access to organizations and individuals that have influence in US politics.