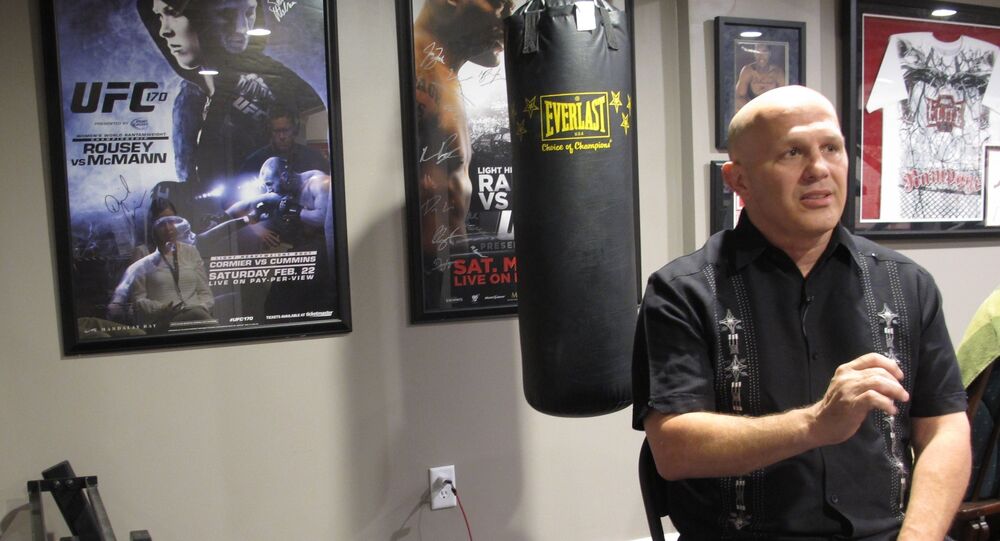 'It Can Happen Even to Guys': Ohio Wrestlers Give Impetus to #UsToo Movement

Yet another Ohio State University wrestler has accused his ex-team doctor Straus of sexual misconduct, joining dozens of athletes who have made similar allegations. The sex scandal has already spilled over the university walls, with Congressman Jim Jordan facing claims that he knew about sexual abuse by Straus when working with the team.

Nick Nutter, a former All-American heavyweight wrestler for Ohio State, told The New York Times that his former team doctor Richard Strauss, who killed himself in 2005, used his power for sexual abuse.

Nutter claimed that Richard Strauss had groped him during "19 exams out of 20" and once "repeatedly groped his genitals" when he was supposed to be treating a rash in an emergency case.

According to him, it was the trial over Larry Nassar, the former USA gymnastics team doctor who was charged with the sexual assault of hundreds of athletes, that brought the traumatic memories back. "‘He's a doctor, I'm sure he's got a reason to be doing it,'" Nutter said he had always believed, suggesting that this was the reasoning of Nassar's victims, too.

"Michigan State is what got us to say, ‘Hey, it can happen even to guys,'" he said.

This comes after five former wrestlers sued Ohio State University two weeks ago, accusing university officials, including current Congressman Jim Jordan, who worked as an assistant wrestling coach with Ohio State University's team, of turning a blind eye to Richard Strauss' sexual abuse. The scandal gained traction as over 100 former Ohio State students opened up on the doctor's sexual misconduct between the late 1970s and the 1990s.

Ohio State University has been in the grip of another scandal, which erupted around former assistant coach Zach Smith, who faced domestic violence claims from his ex-wife. This week, the school placed Urban Meyer, the head coach of its football team, on paid leave amid an ongoing investigation into allegations that he knew about spousal violence claims against his longtime assistant.

The #MeToo movement kicked off after a scandal erupted in the American film industry around big-name producer Harvey Weinstein, who faced charges of rape and sexual abuse from numerous women. Weinstein has become the first major celebrity whose sexual misconduct came to light with the tide of #MeToo allegations. He was later followed by the likes of Morgan Freeman, Kevin Spacey, Louis C.K., Les Moonves, and other big names. The movement has spilled over from Hollywood to other areas such as politics and sports.