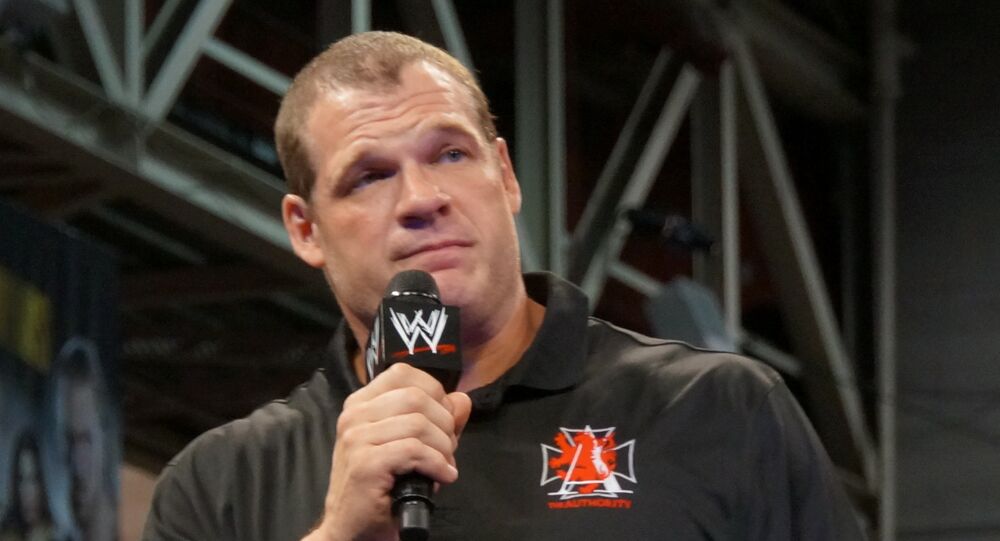 Glenn Jacobs, known by his ring name ‘Kane,’ is a staunch supporter of President Trump and ran on an enthusiastically libertarian ticket, promising major tax breaks and limited government.

Jacobs — who hails from ‘hell’ according to his wrestling biograph — snatched an overwhelming 66% of the vote share in what is the third-most populous county of tennessee, and was not shy about eluding to his past as a professional wrestler during his electoral victory speech, proclaiming that:

In fact, Mr Jacobs, also known by his nickname ‘the Big Red Machine,’ secured twice as many votes as his Democratic contender, of 51,804 to Haney’s 26,224.

During his last appearance as a wrestler, Jacobs was in an ‘Extreme Rules SmackDown Live’ tag team match, in which he and his partner Daniel Bryan were defeated by the Bludgeon Brothers.

The muscle-bound mayor will join a small but growing trend of professional wrestlers leaving behind the ring for a life in politics. Jesse ‘The Body’ Ventura, a friend of President Trump’s, famously served as the governor of Minnesota from 1999-2003. In fact, Trump himself is no stranger to the world of choke-slams and body-grapples, once famously appearing on WWE in a match to take down the corporation’s chief, Vince McMahon.

WATCH: US Teacher Under Investigation for Performing as Nazi-Themed Wrestler