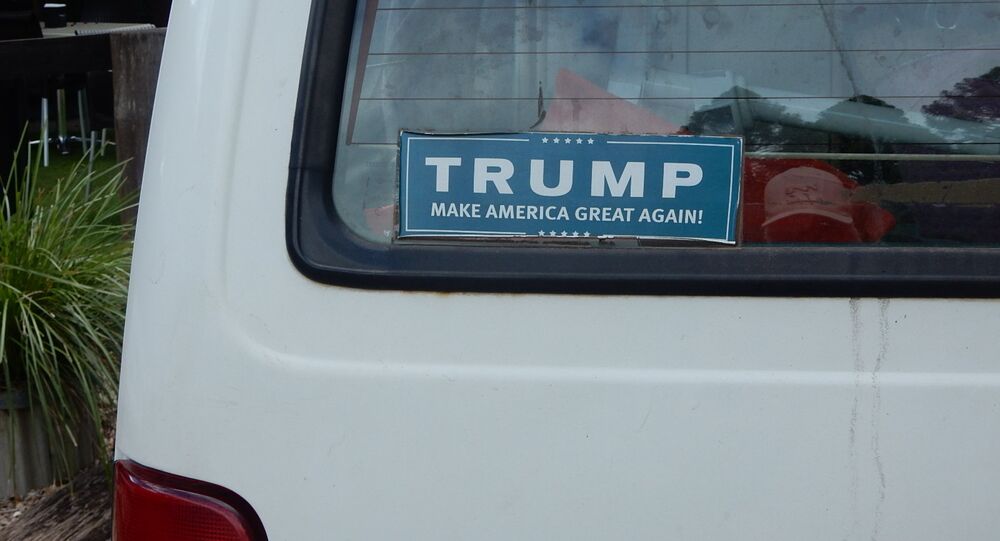 According to the victim, who caught a part of the accident on camera, the woman intentionally rammed his car after he confirmed he had voted for President Trump.

A Massachusetts woman has been placed in custody after ramming into a car sporting a pro-Trump "Make America Great Again" bumper sticker, Fox News reports.

The driver, whose car was hit in a road accident in Hyannis, Massachusetts, told police that the woman was honking her horn and "screaming out of the car or something" at a red light, so he got out to see if there was something wrong with his vehicle. Instead, he heard her shouting "you're a racist' and a bunch of cuss words," apparently over the Trump sticker he had on his car.

The driver filmed Wright ram her car into his and clip his door before fleeing the scene.

"The first thing she said when I came out of the car was ‘Did you vote for Trump?' and I was like ‘Yeah, what of it.' And that was pretty much what triggered this, it was like nonstop."

She has been detained and then charged with assault and battery with a dangerous Weapon as well as fleeing the scene of property damage.

On Monday, Fox News says, she appeared in court and was freed on a $1,250 bond after pleading not guilty.