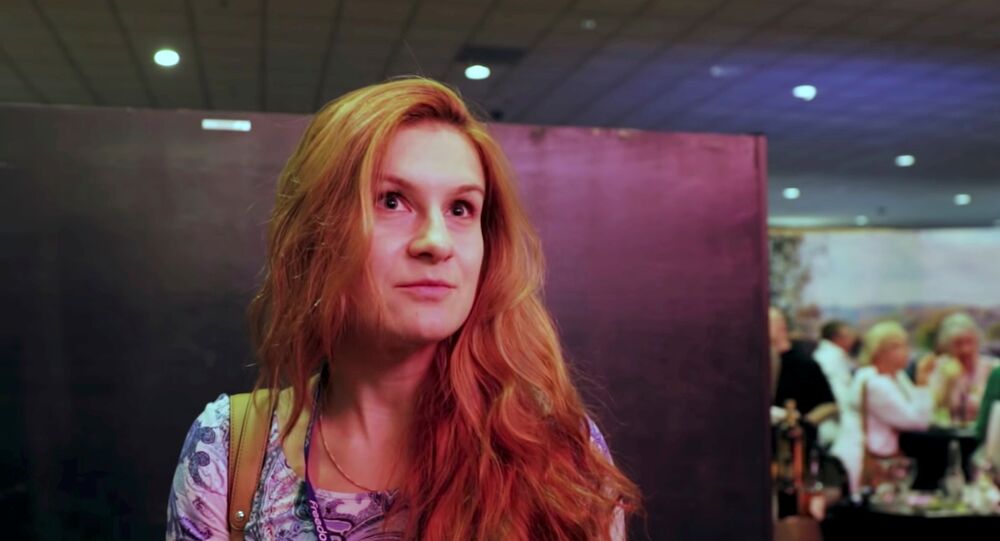 Russian national Maria Butina’s attorney, Robert Driscoll, told Sputnik that the release of transcripts from his client’s Senate testimony will be helpful.

Earlier on Wednesday, the US Senate intelligence committee said it will provide Butina's testimony to the Justice Department and her lawyer.

"I requested it and agree… transcripts will help her," Driscoll said on Wednesday. "She testified truthfully. They will not be public, at least initially."

Butina was arrested in Washington DC on July 15 on charges of conspiracy and acting as a foreign agent. Butina was denied bail and faces up to 15 years in jail. Prosecutors allege that Butina tried to gain access to organizations and individuals that have influence in US politics.

Robert Driscoll told CNN Wednesday Butina's defense team was open to a plea bargain with prosecutors, stressing that Maria Butina would never plead guilty to the charges because they were not truthful. He also denied that an offer had been made.

© AP Photo / Dana Verkouteren
US Senate Intel Committee Authorizes Release of Butina Testimony
Driscoll also challenged US media reports that alleged suspicious transactions made to and from accounts belonging to Butina and her US partner Paul Erickson, totaling $300,000. The lawyer said there was an explanation for all of them.

Butina is in US custody on charges of acting as a foreign agent. The 29-year-old Russian citizen denies the accusations. Russia has strongly criticized the US government for detaining Butina and characterized the charges against her as "clearly groundless."

Last week, Russian diplomats visited Maria Butina in US custody. The Embassy said Maria had complained about food in the DC jail and round-the-clock surveillance, with lights going on in the cell every 15 minutes.

The next visit by the Embassy staff is scheduled for August 2. The diplomatic mission stressed it would continue proving the accused with consular help and demand that she walk free.