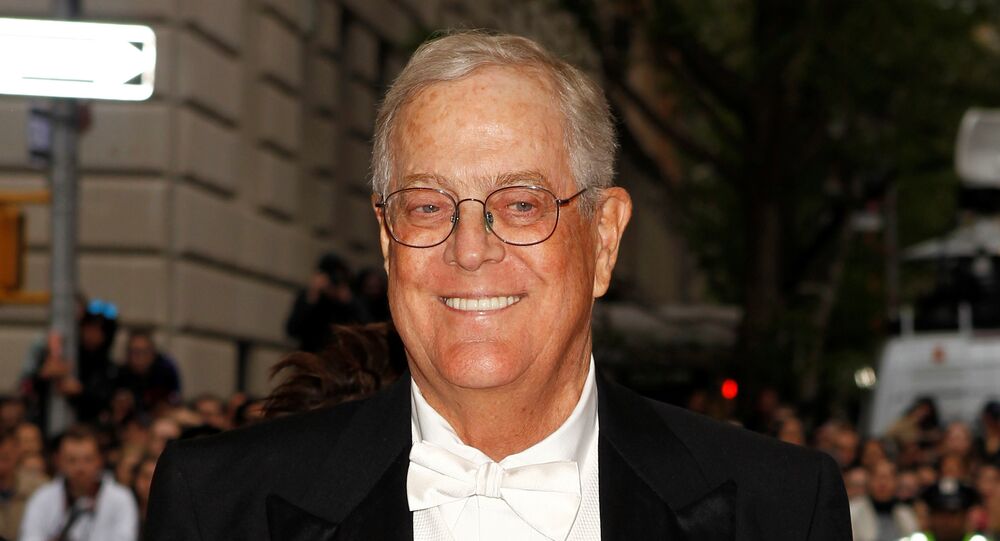 Despite generally supporting the Republicans, the Koch brothers recently announced that they have launched a major campaign against Trump's trade agenda and import tariffs, sparking fury in the White House.

Bannon explained that taking funds from people who "are against the president" equals putting a knife in Trump's back. He added that people who do so "are going to pay."

The former White House strategist did not elaborate on how exactly those taking money from the Kochs would be punished or how the administration is going to take on the brothers' network, but he assured that they would be held "accountable." He also labeled the Koch brothers' network a "total scam" and a "con job," blaming the two for a lack of transparency regarding their benefactors.

The conflict between the White House and the Koch brothers started after several subsidiaries of their network declared that they will be fighting Trump's trade agenda, specifically his import tariffs.

In a Twitter response, Trump labeled the Koch brothers "globalists" and accused them of trying to protect their overseas companies from being taxed. He also called them "nice guys with bad ideas."

The Koch brothers control Koch Industries, the second-largest privately owned company in the US. Their network is backing GOP Senate candidates in Wisconsin, Missouri, Tennessee and Florida, but recently declined to support Republican Kevin Cramer, who is running for a Senate seat for North Dakota, currently held by a Democrat.

Trump: 'Globalist' Koch Brothers Want to Protect Firms Outside US From Taxes