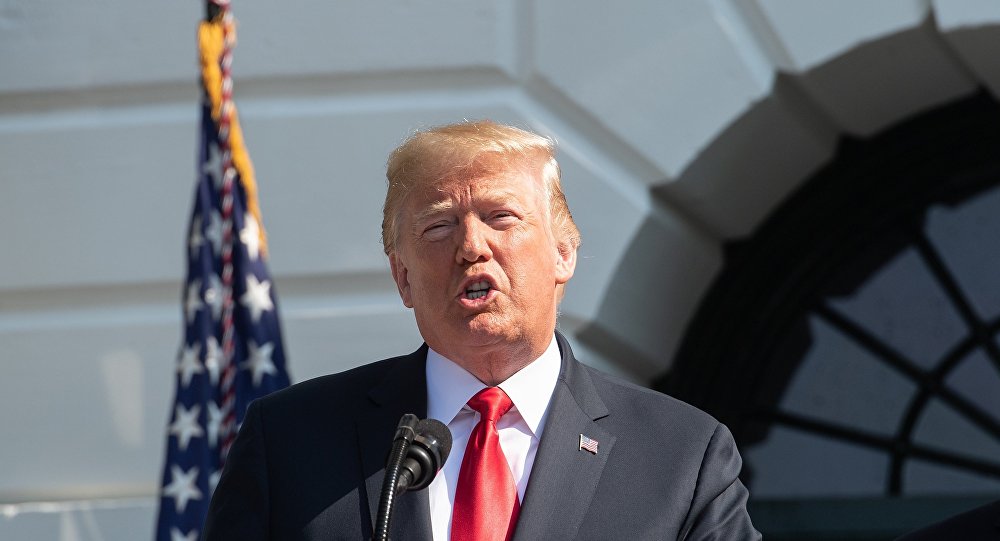 US President Donald Trump said Tuesday that negotiations with Tehran were imminent, despite silence from Iranian leaders to his offer for talks.

"I have a feeling they'll be talking to us pretty soon," Trump told a rally in Tampa, Florida, before adding "and maybe not, and that's ok too," Donald Trump was quoted as saying by AFP. The US president also slammed the "horrible, one-sided" Iran nuclear deal which Trump withdrew from earlier this year.

On Tuesday, Iranian Foreign Minister Mohammad Javad Zarif said that the United States can only "blame" itself for terminating dialogue with Iran after withdrawing from the 2015 Joint Comprehensive Plan of Action (JCPOA).

© Photo : an official website of the Iranian Presidency office
US Must ‘Show it is Trustworthy’ Before Iran Will Negotiate New Deal - Scholar
"Iran & US had 2 yrs of talks. With EU/E3+Russia+China, we produced a unique multilateral accord—the JCPOA. It’s been working. US can only blame itself for pulling out & leaving the table. Threats, sanctions & PR stunts won’t work. Try respect: for Iranians & for int'l commitments," Zarif said on Twitter.

Trump said Monday that he would have no preconditions for a meeting with the Iranian leadership, including President Hassan Rouhani. However, according to Trump, the Iranian side must first express a desire for such a dialogue.

While commenting on Trump's statement in an interview with CNBC later on that day, US Secretary of State Mike Pompeo said that the president would be prepared to sit down with the Iranians if they reduce their malign behavior in the Middle East and agree to enter a new nuclear deal.

In May, Trump announced that his country would exit from the JCPOA, which stipulated the gradual lifting of the anti-Iran sanctions in exchange for Tehran maintaining the peaceful nature of its nuclear program. In addition, Trump decided to reinstate the sanctions previously lifted on Iran. The unilateral move has been opposed by other signatories to the agreement, who remained committed to the deal.

Distance Between US, Iran Puts More Pressure on Tehran - Scholar