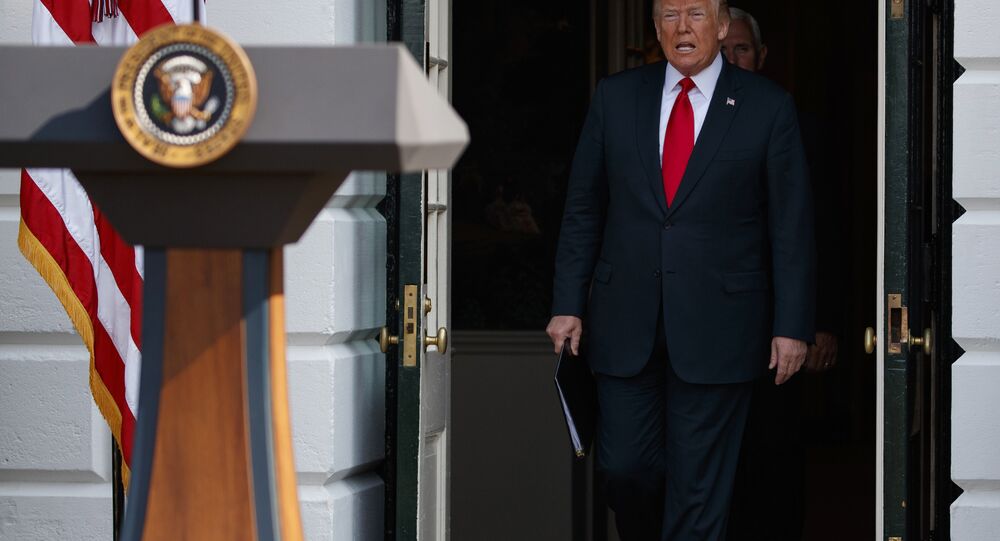 WASHINGTON (Sputnik) - US President Donald Trump said in a statement on Twitter that he is looking into the issues involving a company that plans to release blueprints for a 3D printed plastic gun, adding that he has spoken to the National Rifle Association (NRA) about the matter.

"I am looking into 3-D Plastic Guns being sold to the public. Already spoke to NRA, doesn’t seem to make much sense!" Trump said in a Twitter message.

The US government settled the case in June and Defense Distributed said it would upload materials for 3D printing guns to the internet beginning on August 1.

The Second Amendment of the US Constitution guarantees the right of US citizens to keep and bear arms.

Defense Distributed
Security Expert Explains Why 3D Guns 'More of a Novelty than Form of Mass Killing'
In 2015, Defense Distributed — an organization dedicated to creating downloadable materials for printing 3D guns — filed a lawsuit against the US federal government after the State Department forced the removal of its instruction manuals from the internet.

In 2013, Cody Wilson posted plans for a 3D printed handgun called "The Liberator." The gun, which was made from plastic, had a metal firing pin and another piece of metal included to comply with the Undetectable Firearms Act.