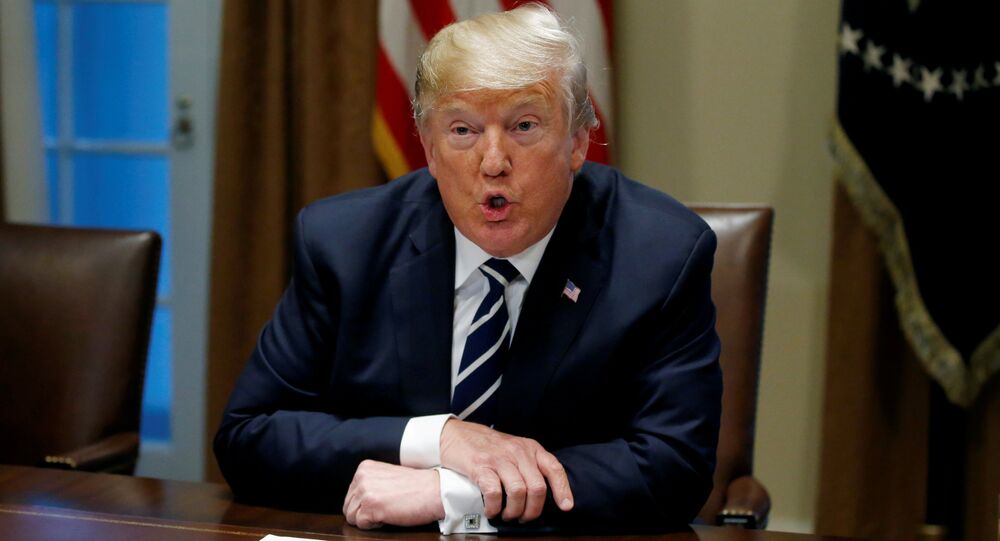 US President Donald Trump has repeatedly denied ties with Moscow, claiming that the investigation into alleged collusion is a politically-motivated "witch hunt."

"Collusion is not a crime, but that doesn't matter because there was No Collusion (except by Crooked Hillary and the Democrats)," Trump wrote on his Twitter.

The president's statement echoes the words of Trump's personal lawyer, Rudy Giuliani, who also said on Monday during an interview that collusion is not a federal crime.

Earlier this month, Trump slammed his predecessor Barack Obama for ignoring reports of Moscow's alleged meddling in the 2016 US presidential election. According to Trump, Obama knew the story was "a big hoax" and was sure that Democratic candidate Hillary Clinton "was going to win."

© Sputnik / Alexey Vitvitsky
Trump Urges Special Counsel Mueller to Disclose Conflicts of Interest
Since Trump won the 2016 presidential election, US authorities have been investigating allegations that his campaign team somehow colluded with Russia, claiming that Moscow hacked the election process in order to help him. Russia has denied involvement, stressing that no evidence of election meddling has been presented by Washington to substantiate the accusations.
...
Reddit
Google+
Blogger
Pinterest
StumbleUpon
Telegram
WhatsApp
81