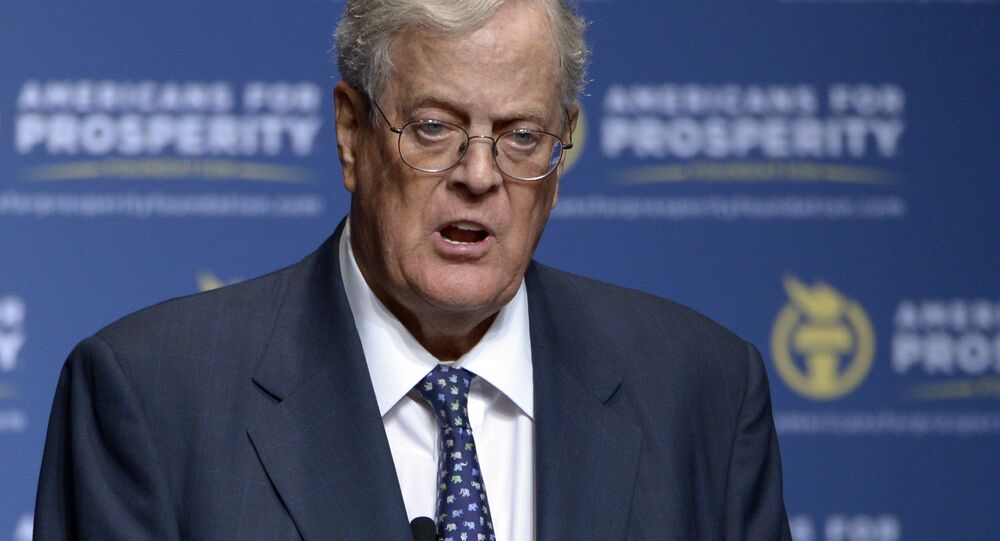 Trump: 'Globalist' Koch Brothers Want to Protect Firms Outside US From Taxes

In a recent Twitter post, US President Donald Trump has called the Koch Brothers "two nice guys with bad ideas."

US President Donald Trump took to Twitter to express his opinion on the Koch Brothers, who have opposed his trade policies.

"The globalist Koch Brothers, who have become a total joke in real Republican circles, are against Strong Borders and Powerful Trade. I never sought their support because I don't need their money or bad ideas," he wrote on Twitter, adding that they just wanted "to protect their companies" outside the US from being taxed and calling them "Two nice guys with bad ideas."

© REUTERS / Damir Sagolj
Trump's Trade Spat With EU, Canada, Mexico a Sideshow to China – Trade Lawyer
Earlier this month, Charles and David Koch announced that they would start a large campaign against Trump's trade agenda, and import tariffs. The conflict among the Republicans comes amid preparations for the Novermber congressional mid-term elections.