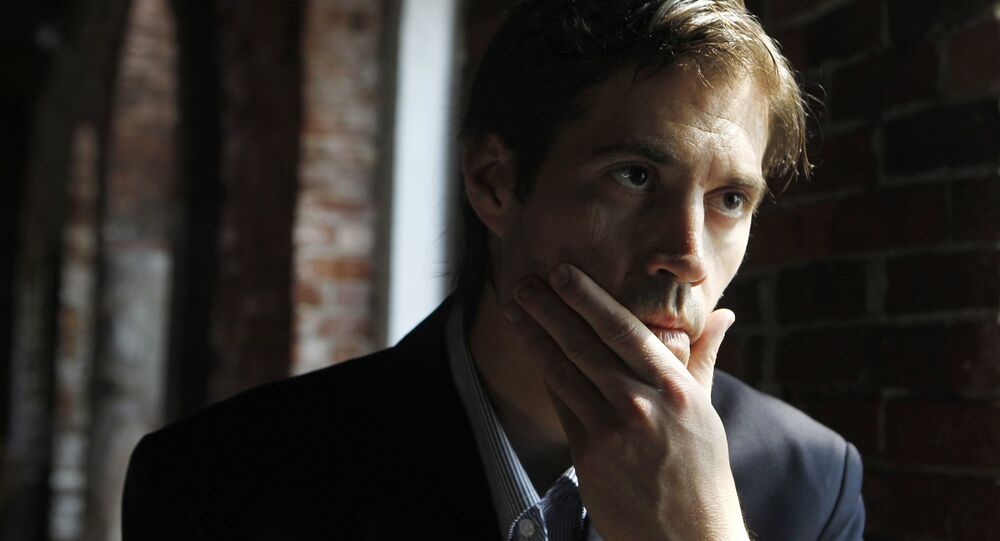 Z-Burger, a popular burger restaurant based in Washington, DC, came under fire this week after its social media contractor decided to use an image depicting the 2014 beheading of American journalist James Foley in an advertisement.

The ad, which was deleted within an hour of being posted on Saturday, showed an image of Foley with a hamburger. According to the Washingtonian, the ad read, "When you say you want a burger and someone says okay let's hit McDonalds." Below the edited image of Foley was the message "You disgrace me."

​Moments after being alerted of the incident, Peter Tabibian, the owner of the restaurant chain, issued an apology and explained that one of Z-Burger's contractors was at fault.

"The inappropriate and offensive photo post was removed as soon as I was made aware of it," Tabibian wrote. "I find it necessary to personally emphasize to our customers and friends that Z-Burger does not permit the use of offensive language, photographs, or video content on our Twitter page, or in any media."

​"I have taken immediate steps to ensure that this never happens again, and our customers have my promise to ensure that established controls over the placement of amateur promotional posts on our Twitter page are more closely followed immediately," he added.

Valor Media, the contractor, later issued its own apology via a YouTube-esque vlog.

​"What I believe, more than anything else, is that news can be misconstrued and I want to give you something real, like, from the source, from me to you," Michael Valor, owner of the media company, says in the video response. "So I think first thing that you're worried about is this Z-Burger issue that we have got going on right now."

Valor, who is 23 years old and has been running his company for five years, went on to stress that Z-Burger was not at fault for the incident and that it was an issue caused by Valor Media taking on a new art director. In order to prevent future mistakes, Valor stated that checkpoints would be setup so that social media posts would be reviewed by various supervisors before being published.

​He later apologized to the Foley family, saying that he was "really sorry" and that he "didn't mean for this to happen." Valor also said that the art director was a "really good girl" who would "never hurt a fly."

Diane Foley, the mother of the slain journalist, wrote on Twitter Tuesday via the account for the James Foley Foundation that she was "saddened" that the burger chain had been "so insensitive and ignorant of others' pain while marketing their hamburgers."

​Since the weekend incident, both company heads have gotten in touch with Diane Foley to address the situation and revealed that they will be making donations to the foundation.

Tabibian told the Washingtonian that Z-Burger is still working with Valor Media to figure out how the post managed to get published.

Despite all of the apologies being handed out, netizens aren't satisfied.

​Foley was abducted by Daesh militants while covering the Syrian civil war as a freelance reporter in November 2012 for Boston-based website GlobalPost. His whereabouts were unknown for the following two years, but Foley later appeared in a YouTube video entitled "A Message to America" in 2014, which showed his execution after he recited a statement that said the US government were the "real killers."