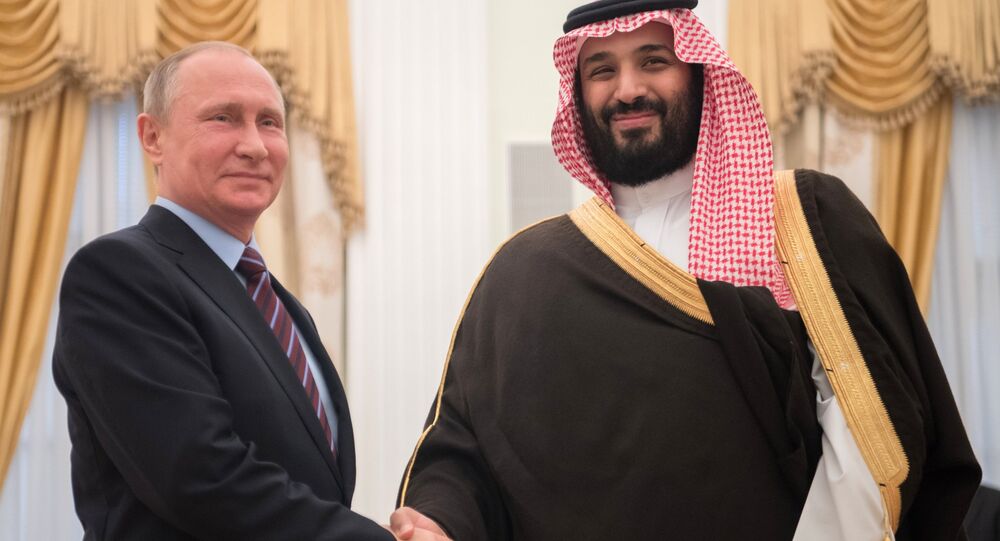 Once signed into law, the US Congress's No Oil Producing and Exporting Cartels Act (NOPEC) will dramatically change the balance of power in global oil markets. The legislation has been repeatedly rejected by US presidents. However, there are signs that Donald Trump may have a sympathetic ear for it.

US lawmakers are seeking to bring an end to the efforts by the Organization of Petroleum Exporting Countries (OPEC), Russia and other non-OPEC oil producers to stabilize the global crude market.

Last week the US Senate introduced a bill, the No Oil Producing and Exporting Cartels Act (NOPEC), which could expose the organization to antitrust lawsuits.

"For nearly two decades, OPEC has engaged in efforts to control the supply of oil, often resulting in price increases for consumers. Most recently, OPEC and its allies, including Russia, cut production by about 1.8 billion barrels per day. This move triggered an international price swing, lifting prices to more than $80 a barrel at the start of summer… American consumers shouldn't be at the mercy of OPEC at the pump. That's why I'm working to cut OPEC's stranglehold on consumers," stated US Senator Chuck Grassley, a co-sponsor of the legislation.

© REUTERS / Sergei Karpukhin/File Photo
Just Business: Why US Energy Giants Are Opposing Anti-Russia Sanctions
A version of the bill was introduced by lawmakers in the House of Representatives in May 2018 after oil prices reached a three-year high. The initiative had its second wind in mid-July.

The legislation has been repeatedly reintroduced since 2000 by the both chambers of the US Congress. However, then-presidents George W. Bush and Barack Obama did not endorse the initiative, warning that they would use their veto power to prevent it.

However, according to Senator Grassley, this time the bipartisan NOPEC is likely to "get the president's attention and send a signal that the United States will not tolerate OPEC's flagrant antitrust violations."

Trump is Increasingly Dissatisfied With OPEC

Indeed, on multiple occasions US President Donald Trump voiced his deep dissatisfaction with the oil cartel, accusing it of deliberately hiking oil prices.

"Looks like OPEC is at it again. With record amounts of Oil all over the place, including the fully loaded ships at sea, Oil prices are artificially Very High! No good and will not be accepted!" Trump tweeted on April 20, 2018.

Oil prices are too high, OPEC is at it again. Not good!

​On June 13, the US President reiterated: "Oil prices are too high, OPEC is at it again. Not good!"

​On June 30, he tweeted that he asked Saudi Arabia, one of the major OPEC members, to increase oil production, "maybe up to 2,000,000 barrels," adding that Saudi King Salman had agreed to help.

However, in early July, Trump stepped up criticism of the oil cartel: "The OPEC Monopoly must remember that gas prices are up and they are doing little to help. If anything, they are driving prices higher as the United States defends many of their members for very little $'s. This must be a two way street. REDUCE PRICING NOW!"

Trump's ire is understandable given the fact that growing gasoline prices in the US are seriously affecting the country's economy, which is especially sensitive in light of the forthcoming 2018 mid-term elections.

It appears that OPEC is taking the possibility of the adoption of the NOPEC bill seriously. According to Bloomberg, the cartel's legal team discussed the legislation with law firms including White & Case LLP in Vienna last week, seeking to work out a strategy for coping with NOPEC.

In 2016, 14 OPEC members and 10 non-OPEC countries including Russia struck an agreement to reduce their combined output by 1.8 million barrels bpd to balance the global energy market and halt the dramatic slump in oil prices that started in 2014. The move has proven efficient as in May, 2018, Brent crude hit $80 per barrel. During his latest visit to Moscow, Saudi Crown Prince Mohammed bin Salman hailed Russian-Saudi cooperation in the energy sector and dropped the hint that the countries will continue their collaboration.

However, the NOPEC bill may become a real game changer, according to Oilprice.com. The media outlet pointed out that the new legislation could apply "not only to formal cartels but also to any agreement to fix prices, limit industrial output, share markets, or exclude competition." It warns that instead of "fixing" the current situation NOPEC may seriously undermine US-Saudi relations and end up in a mess in global oil markets.