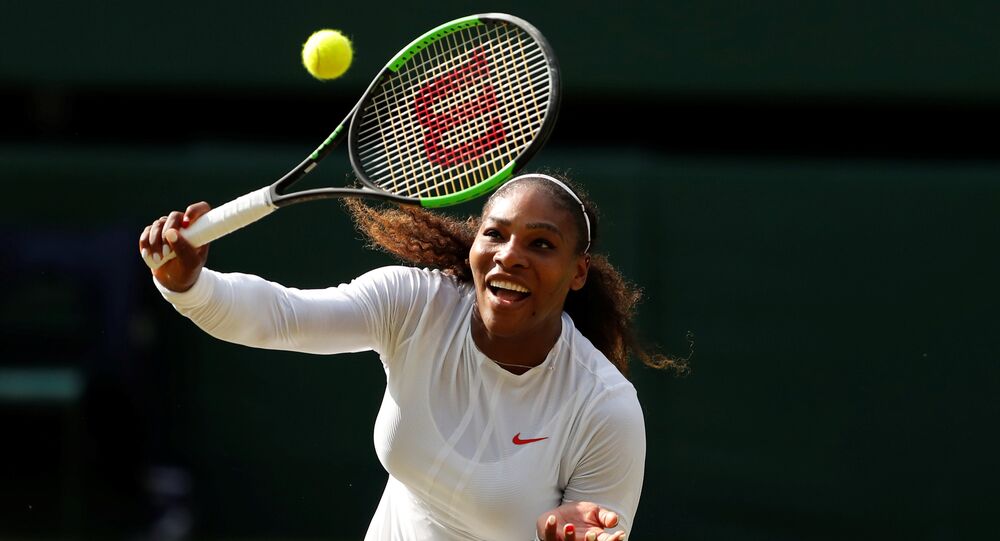 In early July, US tennis star Serena Williams slammed the country's anti-doping watchdog for an out-of-competition test, which it tried to conduct when the athlete wasn't at home.

In one of her latest tweets on Wednesday, seven-time Wimbledon champion Serena Williams pointed the finger at the US Anti-Doping Agency (USADA) over what she described as "discrimination."

Singling out random drug tests, the 36-year-old specifically bemoaned the fact that "out of all the players it's been proven I'm the one getting tested the most."

…and it’s that time of the day to get “randomly” drug tested and only test Serena. Out of all the players it’s been proven I’m the one getting tested the most. Discrimination? I think so. At least I’ll be keeping the sport clean #StayPositive

But I’m ready to do whatever it takes to have a clean sport so bring it on. I’m excited.

In a separate tweet, she also pledged to do her best "to have a clean sport."

The tweets came about three weeks after Williams complained about the way the USADA had treated her. According to the tennis star, an anti-doping official arrived at her residence early in the morning on June 14, some 12 hours before the time she previously agreed on.

READ MORE: Serena Williams Beat All Other Guests at Beer-Pong at Royal Wedding

Earlier, USADA had confirmed that Williams had passed all of the five tests she underwent in June.

In May, Williams also expressed frustration over the constant invasive behavior of the US anti-doping watchdog which she tweeted was "here again second time this week."

Serena Williams Reaches Out to Twitter for Advice on Teething Baby