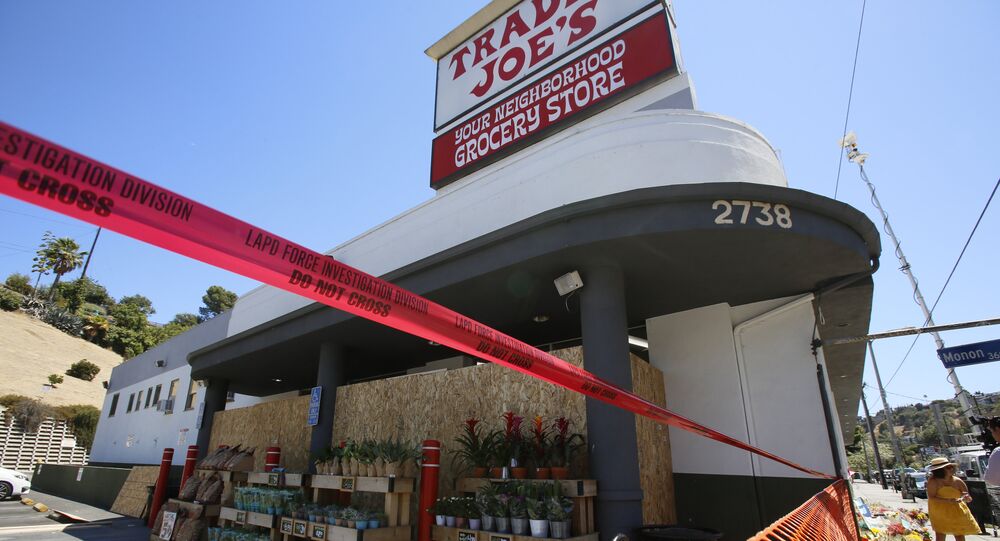 Officials made the revelation after a ballistic test concluded that the bullet matched those used by one of the responding officers who first arrived on the scene.

"Sadly, during this incident 27-year-old Melyda Corado, the assistant manager of the Silverlake Trader Joe's, was struck by gunfire and died as a result of her injuries," Moore told reporters at a news conference. "As chief of police, I am sorry for the loss. This tragic loss… to her father, brother, friends, work colleagues at Trader Joe's… this has been a devastating ordeal."

​"On behalf of myself and the men and women of this department, I want to express my deepest condolence to her family and everyone who knew her. I know that it is every officer's worst nightmare to harm an innocent bystander during a violent engagement," Moore continued.

According to police, Corado was struck by gunfire as she was running to the front of the store when the shooter, 24-year-old Gene Atkins, was exchanging fire with officers.

"I'm sad to say she didn't make it. My baby sister. My world. I appreciate the retweets and the love. Please respect my family's privacy as we are still coming to terms with this," he wrote.

​A memorial to Melyda, filled with roses, lilies, daisies, wildflowers and messages of love, has been arranged outside the grocery store.

​Following the conference, police also released dashcam and body-worn camera footage showing officers during a police chase with Atkins and later exchanging fire with the suspect.

​The events that led to the officer-involved shooting began early Saturday when Atkins, after getting into an argument with his 76-year-old grandmother, allegedly decided to shoot her and his 17-year-old girlfriend. He later forced his wounded girlfriend into his grandmother's car and fled from the scene, police said. Both Atkins' grandmother and his girlfriend are in critical condition, Moore stated at the conference.

According to Charlene Egland, Atkins' cousin, the shooter had been involved in an ongoing disagreement with his grandmother regarding his girlfriend's presence at the home, the LA Times reported.

Hours after the shooting took place, officers were able to track down the stolen vehicle by using transmissions from its anti-theft system. It was then that a 15-minute police chase led Atkins to crash into a light post and decide to run into a nearby Trader Joe's for cover.

Three hours after taking refuge in the store, Atkins surrendered to SWAT officers.

Stick Your Neck Out! California Mayor Wants to Liberate Men From Neckties