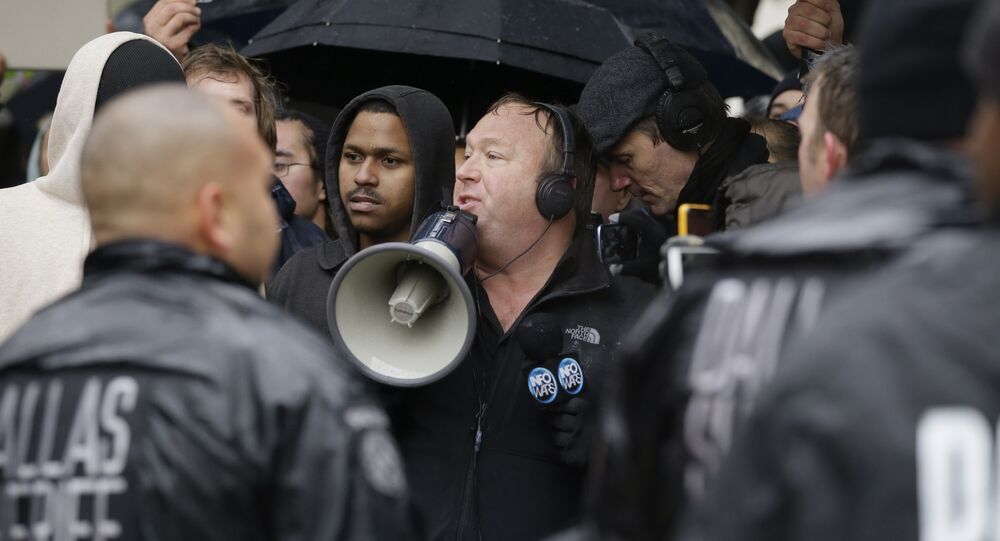 Alex Jones has on more than one occasion spoken out against Mueller's investigation over alleged collusion between Donald Trump's presidential campaign and Russia during the 2016 presidential race, but this time he picked up on a few shadowy episodes from the special counsel's FBI past.

In a video, Jones alleged that Mueller, who headed the agency from 2001 to 2013, had during all those years been covering up for multiple sex abuse cases involving Jeffrey Epstein, a now convicted billionaire, whom he points out was “kidnapping kids, flying them on sex planes, some kids as young as seven years old reportedly, with big perverts raping them to frame people.”

© Sputnik
I’m the Reporter Mentioned in Mueller’s Indictment. Why Hasn’t He Spoken to Me?

“Mueller is a monster man,” Jones continued, stating that he personally is scared of “not manning up” and “not telling the truth” and thereby avoiding facing up to Mueller.

He then moved on to depict in highly artistic terms in what way he could rise against Mueller, portraying the “political” battlefield “at high noon,” as two imaginary cowboys meet for a deadly shootout.

"That's a demon I will take down, or I'll die trying. So that's it. It's going to happen, we're going to walk out in the square, politically, at high noon, and he's going to find out whether he makes a move man, make the move first, and then it's going to happen," Jones says, directing his hand in the shape of a finger gun at an imaginary opponent.

It is unclear, according to The Hill, if Jones’ words could constitute a transmitted threat, which stipulates from 5 to 10 years’ imprisonment if a federal official is threatened.

Mueller is currently in charge of a special counsel investigation into alleged collusion between Donald Trump's presidential campaign and Russia during the 2016 presidential race, which the Russian side has denied on multiple occasions. Alex Jones, the renowned founder of InfoWars, has blasted Mueller for heading what he has called a "deep-state conspiracy" solely aimed at disrupting Trump’s presidency.