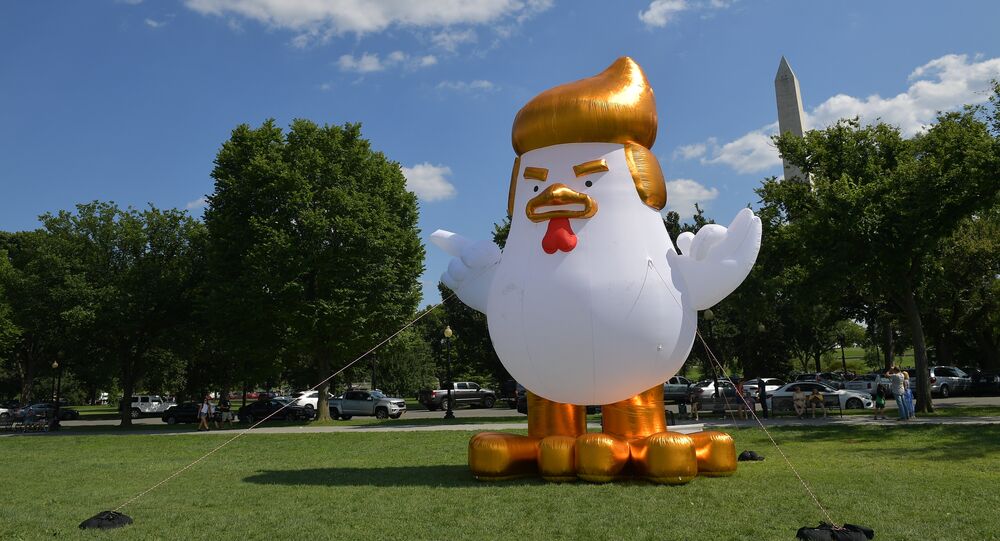 Londoners' “Trump toddler,” who was pictured as crying his eyes out, downgraded to "Trump chicken" just a short while later, on the heels of Trump's landmark summit with Vladimir Putin.

A giant "Trump chicken" balloon dressed in prison uniform is due to sail off the San Francisco coast by a boat called “Alcatraz Prison Transport” on Sunday and will pass just a short distance from the island of Alcatraz, home to the notorious prison, in the move jokingly referred to as the “Big Coop,” according to The Hill.

Also, in line with today’s action, a GoFundMe page has been launched under the name "Send President Chicken Off To Jail" to raise funds for the chicken’s coastal adventures and boat rental.

It’s not the first time the 33-foot balloon has appeared before the public: it previously took to the waters during the San Francisco Tax March on April 15, 2017, and was reportedly seen near the White House later in February.

The protest echoes one recently organized by British campaigners as they took to the streets of the UK capital and launched a 20-foot "Trump Baby" balloon into the London skies to protest President Trump’s working visit there last week.