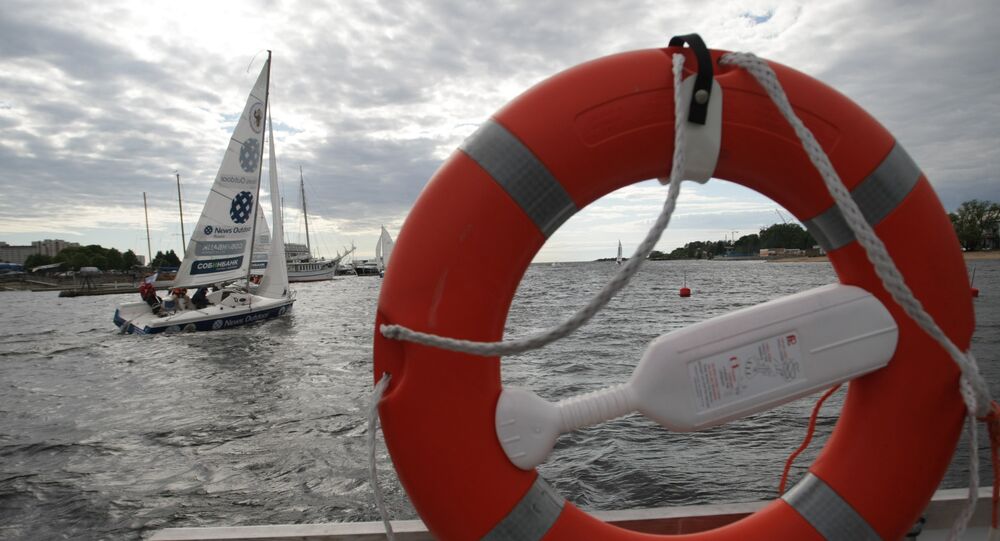 The first reports of the accident listed 11 people killed and seven injured.

Efforts to rescue passengers from the duck boat that capsized in Stone County, Missouri, Thursday were suspended Friday after officials confirmed all of the passengers had been accounted for. According to the latest report by Fox News, 17 people died in the incident, among them children.

Four adults and three children have reportedly been hospitalized, with two still in critical condition Friday.

According to Missouri State Highway Patrol Sgt. Jason Pace, those who died were between the ages of 1 and 70 years old.

A second duck boat that was afloat at the time of the storm successfully made it back to the shore.

"This business has been operating for 47 years and we've never had an incident like this or anything close to it," said Jim Pattison Jr., president of the company that owns the Ride the Ducks boat business in Missouri.

"To the best of our knowledge — and we don't have a lot of information now — but it was a fast-moving storm that came out of basically nowhere is sort of the verbal analysis I've got."

Video footage has been uploaded online showing the last moment before the boat capsized; the video clearly shows the vessel struggling in strong waves.

Watch the moments before a 'duck boat' capsized on a lake in Missouri, killing at least 11 people

​Other videos uploaded by people at the lake also show how bad the storm was.

BREAKING: This is video of what the waves were like on Table Rock Lake in Missouri tonight when the duck boat capsized. Man in this video says, “Never quite seen it this bad. Boats can’t get in. Boats can’t get out.” (Credit: Lakeside Resort) pic.twitter.com/HxB8aY2u0a

​"There were winds in excess of 60 mph at that time," a National Weather Service representative told reporters. "The lines of storms themselves were moving very quickly… There were 3-foot waves on the lake."

Ride the Ducks issued a statement saying the company is "deeply saddened by this tragic accident."

"This incident has deeply affected all of us. We will continue to do all we can to assist the families who were involved and the authorities as they continue with the search and rescue," said company spokesperson Suzanne Smagala-Potts.

© AP Photo / Jae C. Hong
WATCH: ‘Lava Bomb’ Strikes Boat Full of Tourists in Hawaii
According to Stone County Sheriff Doug Rader, the boat was equipped with life vests, but it is not clear whether the passengers had them on at the time of the incident. He also said the boat itself would likely not be recovered until Monday.

A woman from Indiana who lost 9 members of her family, including her children and husband, the captain of the vessel told passengers not to put on life vests, according to a Reuters report.

"The captain told us 'don't worry about grabbing the life jackets, you won't need them,' so nobody grabbed them because we listened to the captain and he told us to stay seated," the woman, named Tia Coleman, said. "However in doing that, when it was time to grab them it was too late. I believe that a lot of people could have been spared."

US President Donald Trump expressed his condolences to the victims of the incident on Twitter, writing, "My deepest sympathies to the families and friends of those involved in the terrible boat accident which just took place in Missouri. Such a tragedy, such a great loss. May God be with you all."

My deepest sympathies to the families and friends of those involved in the terrible boat accident which just took place in Missouri. Such a tragedy, such a great loss. May God be with you all!