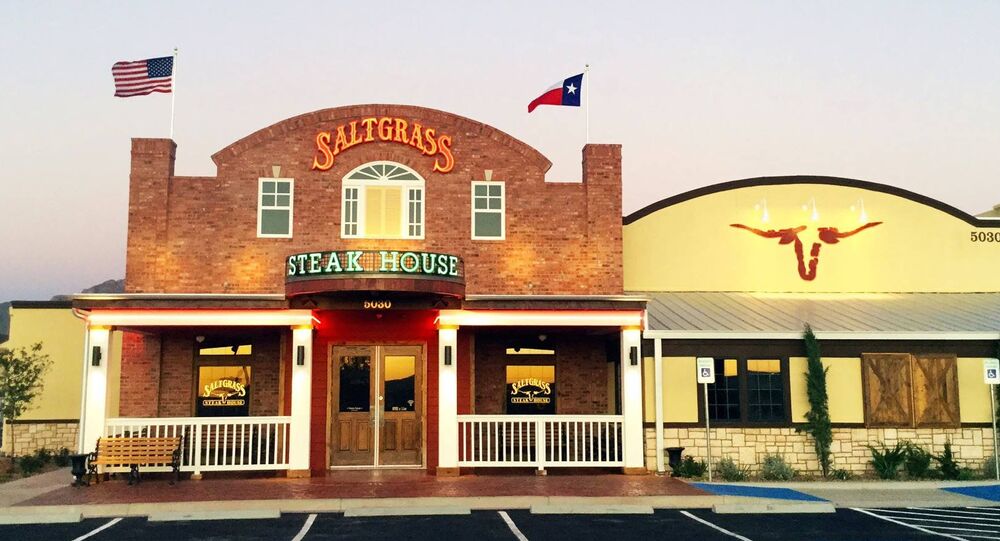 The customer's derogatory name-calling message unleashed a flow of encouraging comments from internet users, who lambasted the message as "stunning and depressing."

On Saturday, Khalil Cavil, 20, was serving a customer at Saltgrass Steak House in Odessa, Texas, when he looked at his bill totaling $108.73. The waiter saw a zero in the tip field, but it didn't take him much time to learn why: the customer had circled his name on the receipt and wrote a note saying, "We don't tip terrorist."

America 2018:
•A Christian named Khalil Cavil was denied a tip at the Saltgrass Steak House in Odessa, TX because the patrons thought he was a Muslim.
•They wrote “we don’t tip Terrorists.”
•But please tell me more about how Islamophobia isn’t real🤔 pic.twitter.com/ZKhXQz40lV

"At the moment I didn't know what to think nor what to say, I was sick to my stomach," Cavil said in a Facebook post, now deleted. "I share this because I want people to understand that this racism, and this hatred still exists."

Terry Turney, the restaurant's manager, offered support to Cavil. "We stand by and support our employee. Racism of any form is unacceptable and we have banned this customer from returning to our establishment," he said in a statement.

According to the daily Odessa American, Cavil is not a Muslim man, nor does he have Middle Eastern roots. In fact, he was named after one of his father's brothers in arms who was killed in an accident. Khalil means "friend" in Arabic, Odessa American notes.

The news touched the hearts of netizens, with many condemning racism.

I am sorry, Khalil. Some people are ignorant.
I can relate to your experience. I have an accent and was once told by a customer in Wisconsin "I don't tip foreigners." I'm from Boston.

Others have said that they are going to tip Khalil.

😡 this makes me so angry. I have decided that I am going to send Khalil a tip. It’s disgusting that they wrote a shitty note on the bill and that they’re too cheap to actually leave a tip.

Send Khalil Cavil a tip: Saltgrass Steakhouse Restaurant, 7240 E Highway 191, Odessa, Tx 79762 to make up for this pathetic excuse for a human being that didn't leave him a tip!