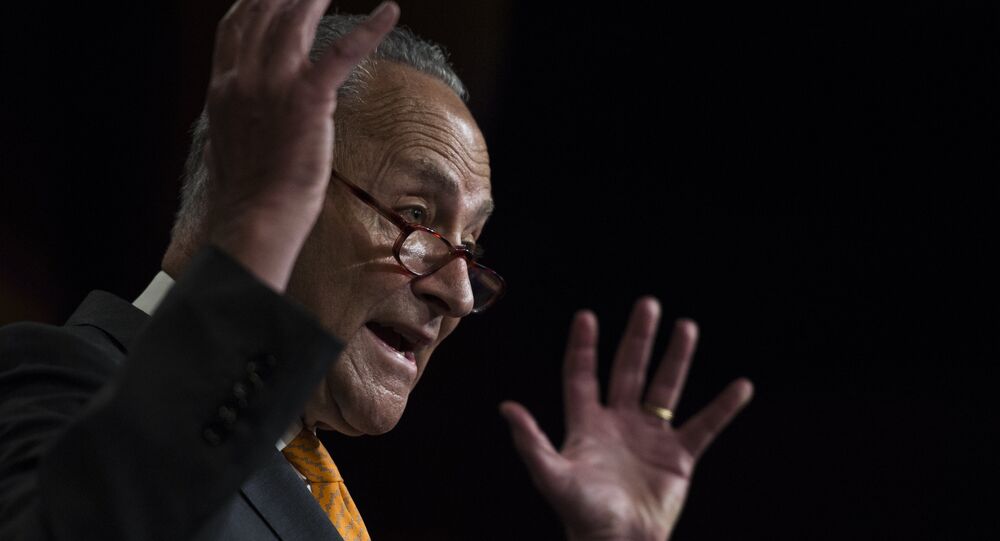 WASHINGTON (Sputnik) - US President Donald Trump should not invite Russian President Vladimir Putin to the White House until the details of the presidents' one-on-one meeting in Helsinki are released, Senate Minority Leader Chuck Schumer said in a statement.

"Until we know what happened at that two hour meeting in Helsinki, the president should have no more one-on-one interactions with Putin. In the US, in Russia, or anywhere else," Schumer said on Thursday.

© REUTERS / Yuri Gripas
US Intel Chief Says 'Does Not Know What Happened' During Trump-Putin Meeting
The announcement came after several US lawmakers demanded the administration should provide details of Trump's private conversation with Putin. Democratic Congressman Adam Schiff introduced a motion to subpoena the interpreter present at the meeting. The motion was rejected by House Republicans.

White House spokeswoman Sarah Huckabee Sanders said earlier in the day that Trump asked National Security Adviser John Bolton to invite Putin to visit the United States in the fall, and the consultations on the meeting have already started.

The two presidents had a one-on-one private conversation and then held a joint press conference during which they announced that they have discussed Syria, Ukraine, and alleged Russia's meddling in the 2016 US presidential election.

© REUTERS / Grigory Dukor
Trump Says He Will Be Putin's 'Worst Enemy' If US-Russia Relationship Falters
Trump's performance during the press conference sparked a backlash in the United States, because the US president appeared to side with Russia on the matter of election interference.

Trump clarified his remarks the day after he arrived back from the trip. The US president said he misspoke about the fact that Russia would not meddle in the US democratic process. Trump said he remains confident in the US intelligence community's assessment of Russia's role in the November 8 election.