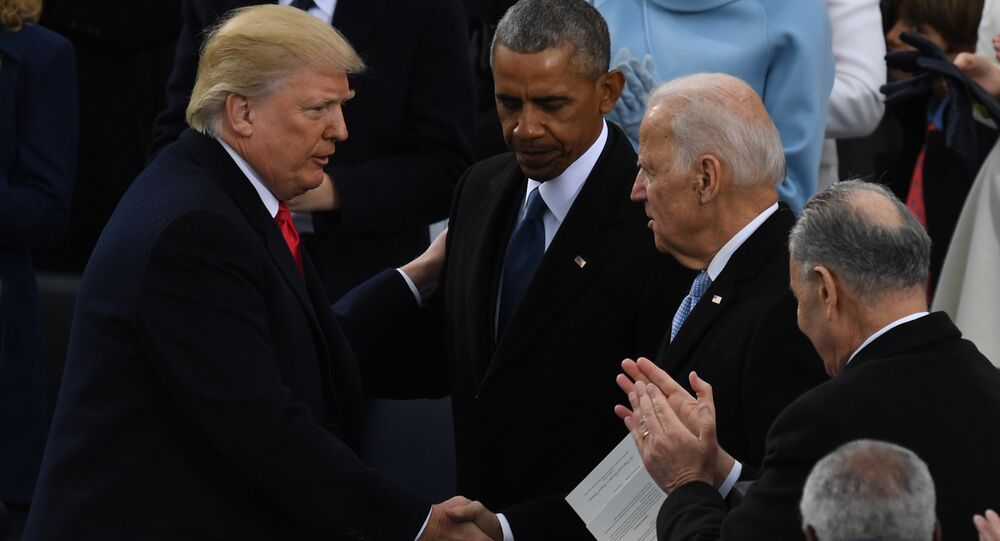 With the date of the next presidential election in the United States slowly drawing near, prospective candidates have been sizing up their opposition and considering their strengths and weaknesses.

US President Donald Trump has declared that he would "love" to run against former VP Joe Biden during the upcoming presidential election in 2020, during an interview on CBS Evening News.

"I dream about Biden. That’s a dream," Trump said. "Look, Joe Biden ran three times. He never got more than 1 percent and President Obama took him out of the garbage heap, and everybody was shocked that he did. I'd love to have it be Biden."

He further stressed that while Biden "was fine" after former President Barack Obama made him his VP, when running alone, Biden was "at [the] one percent or less level."

According to the Washington Examiner, Joe Biden himself said that he would announce his decision whether to run for president in a few months.

"I know I have to make up my mind and I have to do it by January," he said.