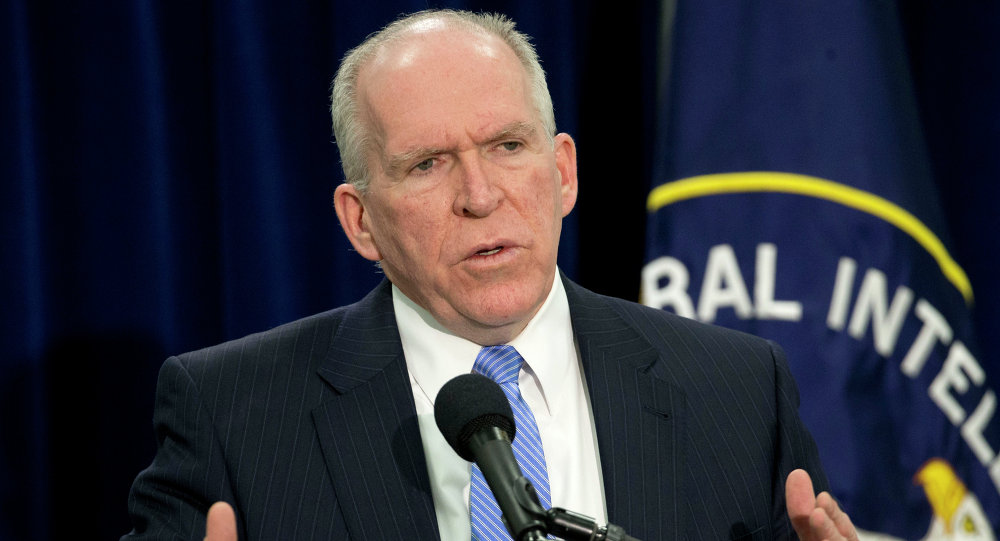 Earlier, Brennan had called Trump’s performance at the summit press conference “nothing short of treasonous.”

"I think Brennan is a very bad guy, and if you look at it, a lot of things happened under his watch," Trump said in an interview with Fox News. "I think he's a very bad person."

Trump extended his criticism to many former and current intelligence officials, including former FBI Director James Comey and disgraced FBI agents Peter Strzok and Lisa Page. Of the three, Strzok is the only individual who remains employed by the law enforcement agency.

"You look at the deception, the lies. These are people that in my opinion are truly — they're bad people. And they're being exposed for what they are," Trump told Fox News.

© REUTERS / Kevin Lamarque
US Senate Democrats Demand Probe of Putin-Trump Summit
In May 2017, Trump fired Comey, citing his handling of the law enforcement investigation into Hillary Clinton's mishandling of a private email server during her service as secretary of state in the previous Obama administration.

Strzok and Page, who investigated Trump's alleged Russia ties, have been revealed to be biased against then-candidate Trump after their text messages were released to the public, and in the process the two were also revealed to be romantically involved despite both being married.

Following the historic summit with Putin in Helsinki, Finland, Brennan attacked Trump for not pressing the Russian president about the question of alleged Russian meddling in the 2016 US presidential election.

"It was nothing short of treasonous. Not only were Trump's comments imbecilic, he is wholly in the pocket of Putin."

Trump 'Accepts' US Intel on Russia Meddling, Says 'Could Be Other People Also'