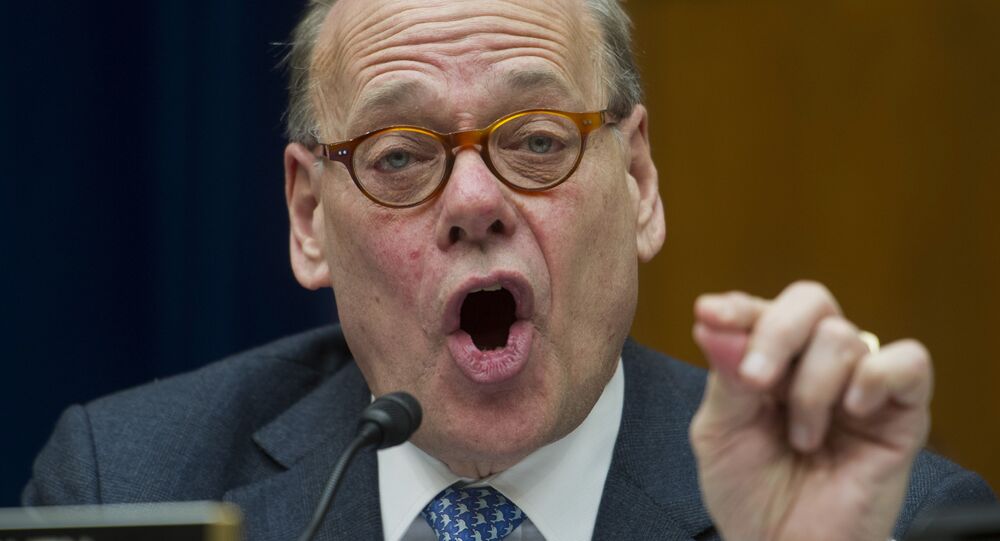 Did House Dem Cohen Just Call for a Military Coup Against Trump?

The latest person joining the party of Trump-bashers following the Trump-Putin summit is US Rep. Steve Cohen (D-TN) – and he’s calling for action.

Shortly after former CIA director John Brennan called US President Donald Trump's joint news conference with Russian President Vladimir Putin "treasonous," another US official upped the ante and, albeit indirectly, called for a direct action against the US President.

"Where are our military folks? The Commander in Chief is in the hands of our enemy!" Cohen wrote on Twitter, using language suggestive of a military coup.

Where are our military folks? The Commander in Chief is in the hands of our enemy! https://t.co/3eF7OLKEdN

​Two hours later, however, Cohen backtracked on his words, saying he didn't call for a coup d'etat against the US head of state.

"No coup called for. I seriously doubt anyone would use twitter to do [this]," he tweeted.

Talk about jumping to conclusions without talking to source. No coup called for. I seriously doubt anyone would use twitter to do.. one tweet if by land two if by sea…Wow https://t.co/3d0uhGa57t

​Two hours later, Cohen had to reiterate he did not call for a military action.

"Absolutely not," he tweeted. He did not elaborate what he meant by the initial tweet, however.

​The eyebrow-raising tweet came just three days after Cohen publicly apologized for suggesting that disgraced anti-Trump FBI agent Peter Strzok should have been awarded a Purple Heart for a fiery Congressional hearing last week. The medal is only awarded to US servicemen who are killed or wounded in battle.

Trump and Putin have called the talks "successful," "productive" and essential for improving the ties between the countries. Several US officials with a record of demonizing Russia have slammed Trump for being "weak" and not pushing Putin on the question of alleged Russian meddling in the 2016 US presidential elections.