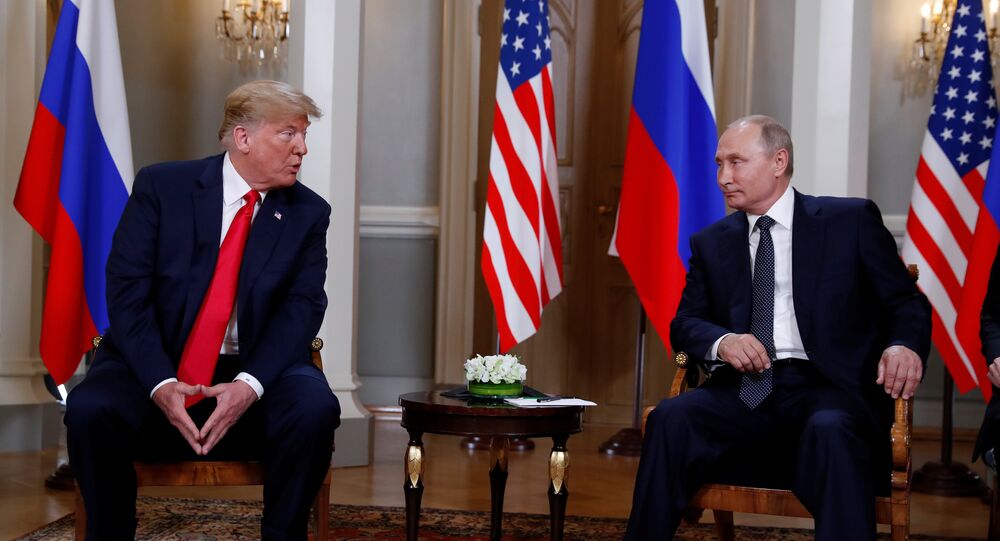 Russia has interfered in the 2016 US election and still tries to subvert democracy around the globe, US House of Representatives Speaker Paul Ryan said in a press release on Monday in response to President Donald Trump’s attempts to confront Russian President Vladimir Putin on the issue during their summit in Helsinki, Finland.

"There is no question that Russia interfered in our election and continues attempts to undermine democracy here and around the world," Ryan said in the release on Monday. "That is not just the find of the American intelligence community, but also the House [of Representatives] Committee on Intelligence."

Earlier on Monday, Trump said during a joint press conference with Putin that both Russia and the United States are to blame for the poor state of bilateral relations and that the Russia investigation has had a negative effect on those relations.

Putin said that during the meeting Trump raised the issue of Russia’s alleged meddling in the US election, but the Russian president denied the allegations and called them politically motivated nonsense. Russian officials have repeatedly said the allegations of interference in the US political system are groundless and have been invented to deflect public attention from actual instances of election fraud and corruption as well as other issues.

© AP Photo / Chairman of the Joint Chiefs
US Senate Rubber Stamps 2017 Intel Report Finding Russia Meddled in 2016 Election
Ryan said in the release that Russia is not a US ally and there is no equivalence between the two countries. Ryan added that the United States must hold Russia accountable and put an end to its attacks on democracy.

House of Representatives Oversight and Government Reform Chairman Trey Gowdy said in a press release on Monday that Russia did attempt to undermine the US election and sow seeds of discord among Americans.

The US intelligence community and the House Intelligence Committee have concluded these findings were true, Gowdy added.

Gowdy also said he is confident the Trump administration will be able to communicate to the US president that it is possible to conclude Russia interfered in the US election without delegitimizing his electoral success.

US Senate Armed Services Committee Chairman John McCain said Trump’s press conference in Helsinki was one of the most disgraceful performances by an American president in memory. Trump was unwilling to stand up to Putin and granted Putin an uncontested platform to "spew" propaganda to the world, McCain added.

Senator Bob Corker said he would like to see relations with Russia improve, but added that Trump’s meeting with Putin made the United States look like a "pushover," and the US president should have been more forceful when addressing pressing concerns.

The US Intelligence Community released a report in January 2017 in which it concluded that that Russia interfered in the 2016 election. Special Counsel Robert Mueller is currently leading a probe into Russia's purported meddling in the 2016 US presidential election and whether Trump or his campaign colluded with the Kremlin.

Trump has called the investigation a "witch hunt" and has pointed out that no evidence of collusion has been uncovered in well over a year.