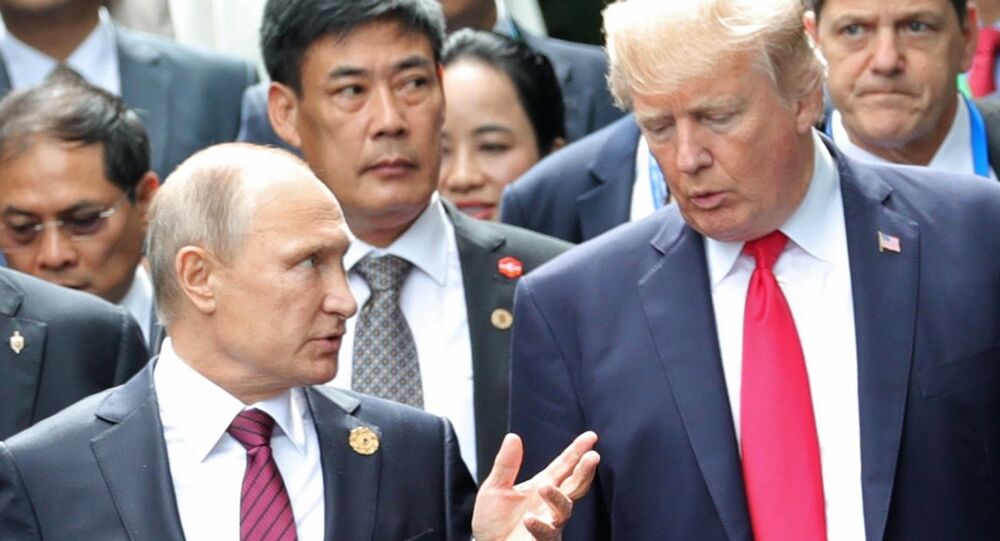 WASHINGTON (Sputnik) - US President Donald Trump and Russian President Vladimir Putin will start their face-to-face meeting during Monday's summit in Helsinki at 1:20 pm (10:20 GMT) local time and will continue talks for one and a half hours, according a schedule of events published by the White House.

The face-to-face meeting will end at 2:50 Helsinki time and the leaders will proceed to a working lunch. The two leaders' joint press conference will start at 16:50 local time.

© Sputnik / Mikhael Klimentyev
A Look at How Chemistry Between 'Talented' Trump and 'Strong' Putin Has Evolved
Previously, the summit's mobile app HELSINKI2018 revealed the official schedule of the event. According to the schedule, direct talks between Putin and his Trump will start at 1:15 p.m. local time (10:15 a.m. GMT) on Monday and will last for three hours, including a press conference on the outcome of the talks.

The summit between Putin and Trump is expected to take place in the Finnish capital, having bilateral ties and various international issues the agenda. The summit will be the leaders' first full-fledged meeting since Trump took office in January 2017.

Some 2,000 journalists, including pool reporters, from over 60 countries have been reportedly accredited for the summit.