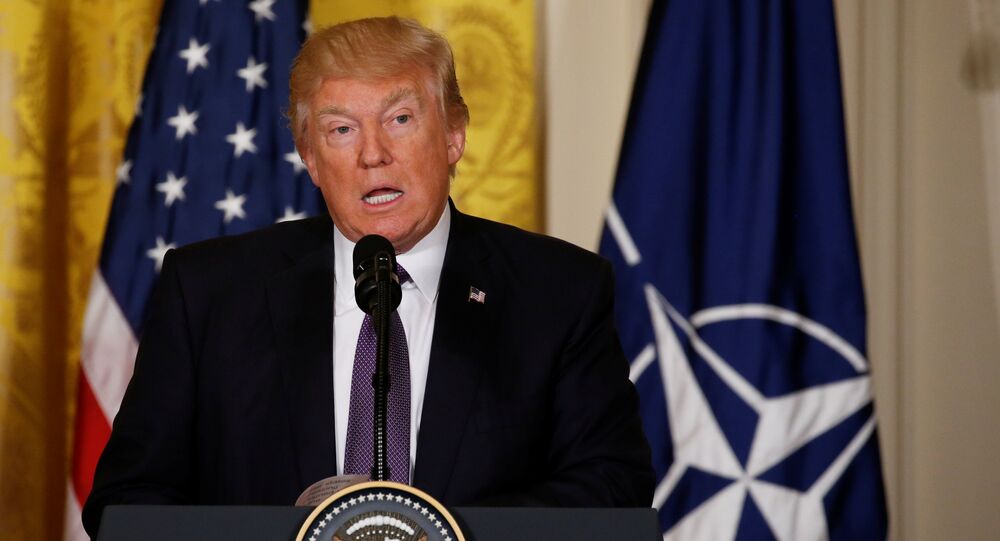 "Actually a @CNN reporter disrespected @POTUS & PM May during their press conf. Instead of rewarding bad behavior, we decided to reprioritize the TV appearances for administration officials," Sanders tweeted in response to Tapper’s post.

On Saturday, CNN anchor Jake Tapper tweeted that the broadcaster had been informed that, though Bolton remained "fully prepared" for the scheduled interview, the White House canceled the arrangement. Tapper mentioned that the decision came after the "president attacked" a CNN correspondent seeking to ask a question during his Chequers press conference with UK Prime Minister Theresa May.

© AP Photo / Doug Mills
'Agent Trumpsky': Twitter Explodes as US Media 'Reveals' POTUS was 'Soviet Mole'
At the event, Trump refused to take questions from CNN, calling it "fake news," with the correspondent seeking to argue back for a while.

The US president has long been in conflict with a number of mainstream media outlets, denouncing them as "fake news" and "enemy of the American people." These media outlets, in turn, are highly critical of Trump and publish "leaks" from the White House with compromising or sensitive information.