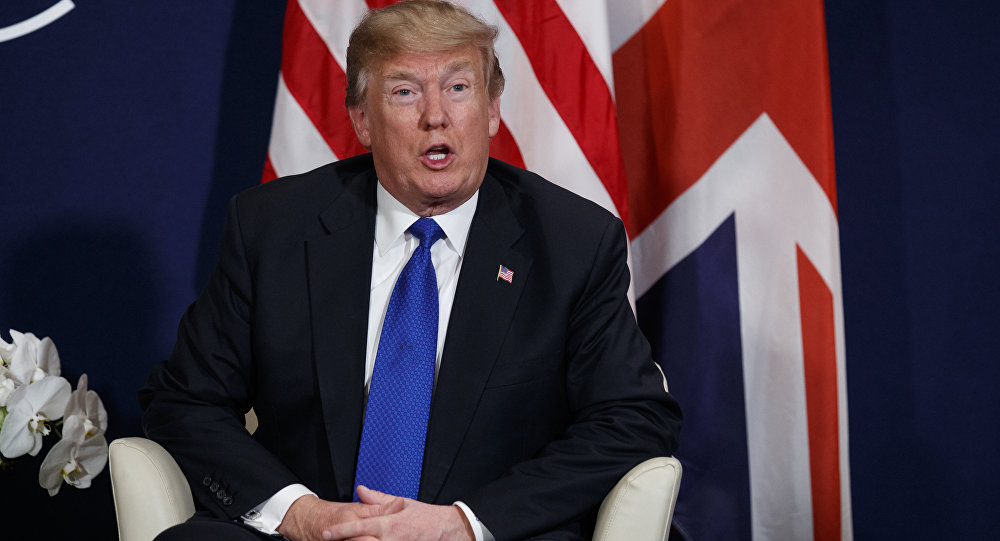 WASHINGTON (Sputnik) - President Donald Trump in an interview said the United States would kill any unilateral trade agreement with the United Kingdom if UK Prime Minister Theresa May and the EU implement a Brexit compromise arrangement.

"If they [UK] do a deal like that, we would be dealing with the European Union instead of dealing with the UK, so it will probably kill the deal," Trump told The Sun newspaper on Thursday when asked about May closing her Brexit agreement with the EU. 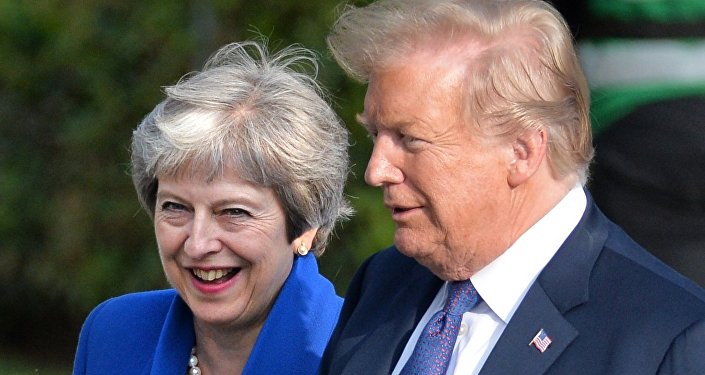 © Sputnik / Aleksei Vitvitsky
Trump to Touch Down in London for 1st Official Visit Amid UK Political Turbulence, EU Strains
May’s plan which sees the United Kingdom staying in the EU Customs Union under a facilitated arrangement has caused a ministerial exodus and put the government in crisis as the prime minister prepares to meet with Trump later today.

Trump also pointed out that former foreign secretary Boris Johnson, one of the ministers who quit the government this week to protest the May's plans to maintain a close trading relationship with the EU after Brexit, would make a great prime minister. "I am just saying I think he would be a great Prime Minister…. I think he's got what it takes," Trump said, adding that UK Prime Minister Theresa May was "a nice person."

Speaking with The Sun, Trump also denied media reports he had compared May to a "bossy schoolteacher," arguing he got along nicely with the Tory leader. A White House spokeswoman Sarah Sanders said later that "The President likes and respects Prime Minister May very much. As he said in his interview with the Sun she 'is a very good person' and he 'never said anything bad about her’."

READ MORE: Donald Trump Might Meet Johnson Despite His Resignation – US Ambassador to UK

Theresa May is host to Trump for four days this week on his first official visit to the British soil. UK Prime Minister's office announced earlier that the two leaders would discuss a range of foreign policy issues, including Russia, the situation in the Middle East, trade relations and Brexit.