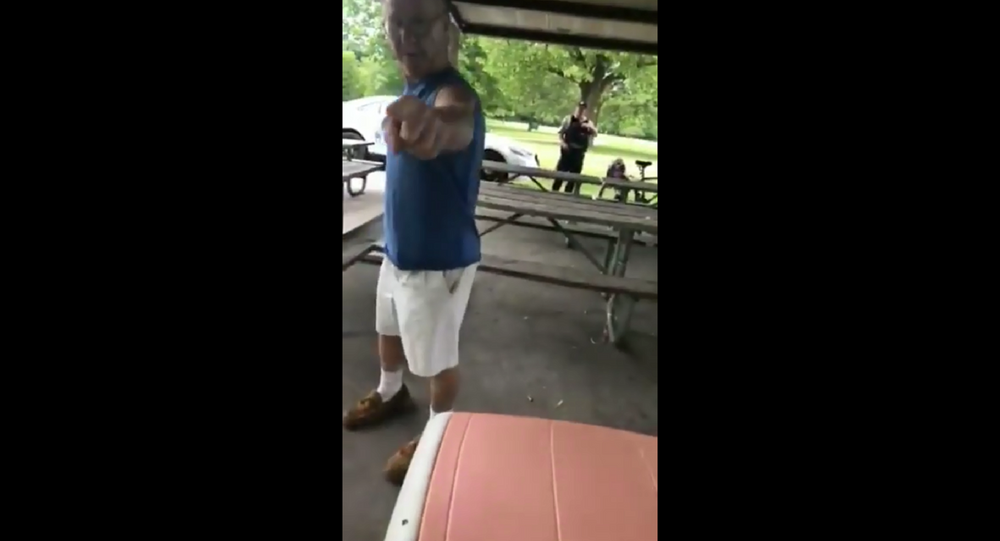 A man was caught on camera berating a woman for wearing a Puerto Rican flag shirt in a video posted on July 7. Also captured for posterity: a nearby police officer refusing to intervene.

The video has gone viral on social media. One Facebook post has been viewed 1.4 million times with more than 31,000 shares..

The man, who appeared very angry and was drunkenly slurring his words, confronted a woman in a Chicago park on June 14.

Puerto Rico, while not a state, is an unincorporated US territory, although pro-independence activists call the island a US colony. Puerto Ricans have US citizenship.

In the nearly five-minute video, the man follows the woman around and gets in her face, all the while continuing to yell at her. She begs the officer to intervene and remove the man as she has paid for a permit to be in the park.

"Can you please get away from me?" she repeatedly asks.

The man repeatedly asks her if she is a US citizen and asked the officer on scene whether she is as well. A nearby supporter tells the man that Puerto Ricans are citizens with the right to vote. The supporter also reminds the woman that she is, in fact, an American.

Towards the end of the video, another man steps in to confront the harasser, after which he backs off.

"That officer did absolutely nothing. He did absolutely zero. I told him I felt uncomfortable multiple times… and he didn't do anything," the woman says.

The Cook County Forest Preserve said on Twitter Monday that they were aware of the video, had launched an investigation into the response of the officer on scene and had arrested the man, who was charged with assault. The officer has been placed on desk duty pending the outcome of the probe.

"All people are welcome in the Forest Preserves of Cook County and no one should feel unsafe while visiting our preserves," the agency tweeted.

WATCH: US Man Punches Waitress, Runs Off After Co-Worker Pulls Out Gun

WATCH: England Team Holds Press-Conference Ahead of Semifinal Against Croatia