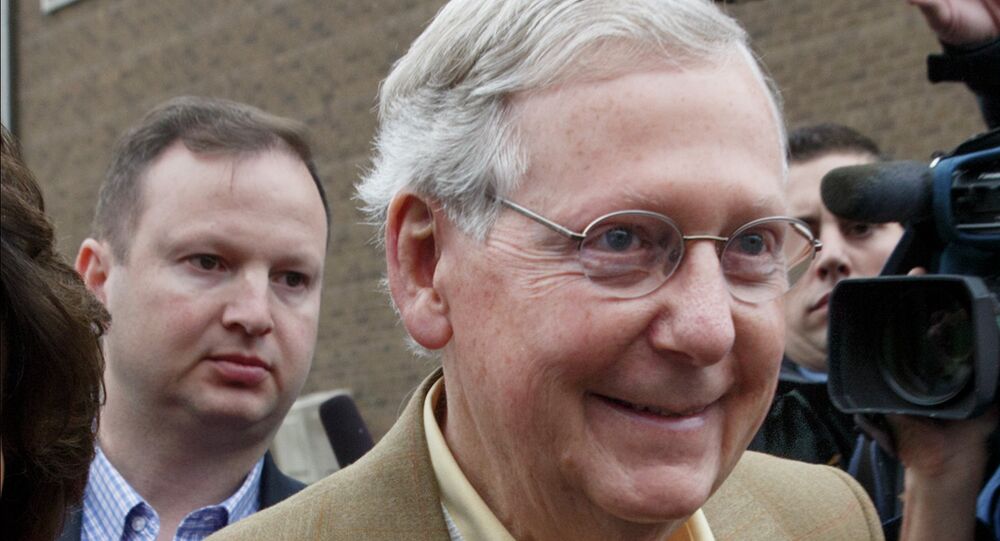 A group of protesters confronted the US Senate Majority leader Mitch McConnell over Trump administration “zero tolerance” immigration policy at a restaurant. Some of the protesters shouted veiled threats as the senator went to his car.

US Senate Majority Leader Mitch McConnell has been confronted by what outgoing House Majority Floor Leader Jonathan Shell called "a small group of extremists" over the US administration "zero tolerance policy."

As the politician left the restaurant, a group of protesters chased him, shouting "where are the babies, Mitch?," "What are you doing to get the babies back?", and "Abolish ICE," referring to children of detained illegal immigrants put into processing facilities until next of kin or a sponsor is found, the Courier Journal reported.

The protest turned aggressive when someone in the crowd shouted "we know where you live!"

Jonathan Shell, who dined with McConnell at that restaurant, called this cry a "not-so-subtle threat right out of the Maxine Waters playbook," adding that it was "very distasteful."

Maxine Waters is a US House Democrat from California, best known for her constant calls to impeach President Trump, changing the pretext according to current agenda. She also made headlines recently when she urged protesters to attack White House officials whenever possible.

Earlier in June, McConnell and his wife were also confronted by pro-immigration activists they left a dinner at Georgetown University in Washington DC.