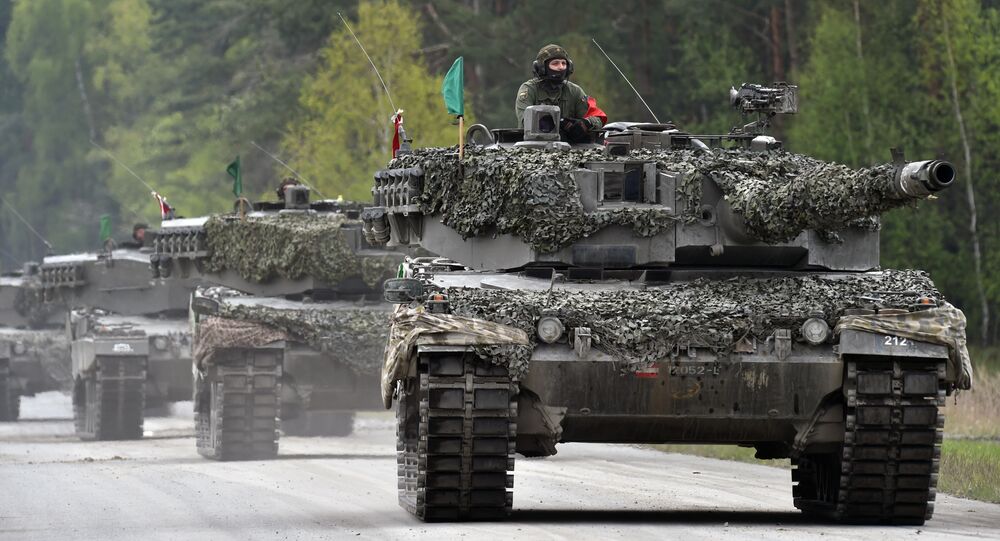 Canada Loses All Hope of Finding Buyers for Its Outdated Tanks

Canada's Leopard tanks were replaced with the more modern Leopard 2, but finding buyers for the old ones has proved to be difficult, especially due to the limitations imposed by the country.

The Canadian military has given up on its idea to sell its 50 decommissioned Leopard 1C2 battle tanks, which were rendered unnecessary after the army moved on to the Leopard 2, Global News reported. Department of National Defense spokesman Daniel Le Bouthillier said in a statement that no buyers had been found for the outdated vehicles and the department is now looking into "alternate disposal methods."

According to the media outlet, the military reportedly tried to sell them to Jordan in February this year, but judging by the recent statement of the defense department, their efforts ultimately failed. Rob Huebert, a senior researcher at the Centre for Military and Strategic Analysis at the University of Calgary noted in an interview with Canadian media that the list of potential buyers was rather short due to Canada's policy not to sell weapons to "problematic countries."

The Department of National Defense spokesman said that 11 of the Leopard 1C2 tanks will be given to museums as a tribute to Canada's military history, while the fate of the others is yet to be determined. It is possible, that they will be used as targets in firing practice for the Leopard 2s or they could be just destroyed, he added.

Canada Uninterested in Boeing Military Purchases After Dispute With Bombardier