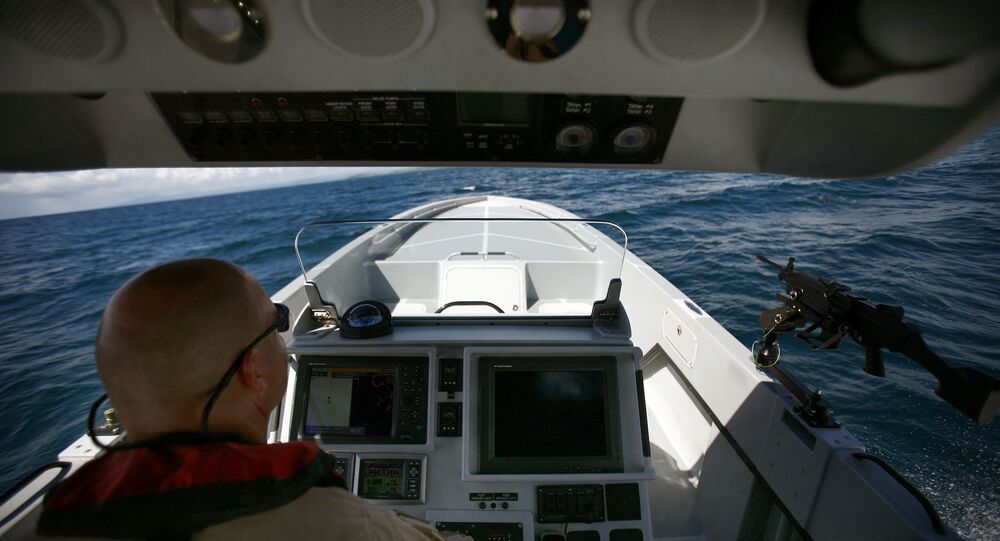 US Border Patrol officers have stopped at least 21 Canadian fishing boats and an unknown number of US fishing boats in disputed waters in the North Atlantic known as the Grey Zone. For years prior, fishermen from both countries had worked in the waters along the coast without incident.

The area, just 435 square miles (700km), is a lucrative spot for catching the delicious northern lobster.

John Drouin, a member of Maine's lobster advisory council, says that his boat and his two sons' boats, along with a slew of other American vessels, have been halted by immigration officers in the past few months amid an apparent uptick in law enforcement presence in the area, Canada's National Post reported.

It isn't clear what laws are being enforced, though. On Thursday, a spokesperson for US Border Patrol said that the stops within American water boundaries are a vital part of immigration and national security law enforcement. However, no immigration arrests have been made in the area.

"They're in international waters, so Border Patrol shouldn't be boarding Canadian vessels," Canada's Grand Manan Fishermen's Association chair Laurence Cook said on Wednesday. "There's been a bit of a misunderstanding there somewhere."

In a July 4 news release, the US Independence Day holiday, the group said "Canada's sovereignty over the area is long standing and has a strong foundation in international law," but noted that fishermen from both countries have "fished the area jointly for years."

"Canada's sovereignty over the Machias Seal Island and the surrounding waters is long standing and has a strong foundation in international law," John Babcock, a spokesperson for Canada's Global Affairs department said just one day later, echoing the fishermen's association's statement word-for-word. Babcock said that Global Affairs is investigating the incidents and is contacting US agencies about them, AP reported.

© REUTERS / Remo Casilli
'No Other Choice': Canada Imposes Response Tariffs on US Goods Amid Trade Row

At the center of the disputed waters, the only remaining territorial dispute between the US and Canada, sits the mostly uninhabited Machias Seal Island. The British built a lighthouse on the island in 1832 that has remained staffed even though Canada, which now controls the surrounding region, has since automated all of its lighthouses. Nonetheless, Canada's Department of Foreign Affairs covers the costs of the Canadian Coast Guard's manning of the lighthouse "for sovereignty purposes." Two lightkeepers are flown by helicopter to the island, and take four-week shifts among the puffins and seals.

US border officers have stopped and interviewed 21 Canadian boats in the area since October, according to the agency. Ten have been stopped recently, according to Cook.

In a tit-for-tat measure that sounds more like an escalation in the South China Sea, not the North American Atlantic, Drouin, the Maine fisherman, says that a Canadian Coast Guard ship has made an appearance in the Grey Zone in the past few days.

"Neither country accepts that there is a Grey Zone," said Stephen Kelly, a former American diplomat who worked in Canada, according to Canada's CTV news. He indicated that the notion of US actions in the region being about immigration enforcement is dubious. "The Gulf of Maine is not a major route for illegal immigrants sneaking into the United States," he said, adding, "If anything, people are sneaking the other way. They're trying to get out of the US and into Canada to claim asylum."

In any case, the presence of US Border Patrol officers points to tensions reaching new heights in the zone. Cook, the Canadian fisherman, said that he's never before in his life seen such agents there, just the US Coast Guard.

Drouin, a fisherman of 40 years, said it's something he's seen rarely. "I have no clue why they're here, spending taxpayers' money and resources… For whatever reason, they now have a presence," he told the National Post.

While US President Donald Trump promised American voters during his campaign to "build a wall" along the US-Mexico border, it appears that a more well-resourced enforcement effort has also picked up along the US-Canada border. Along the westernmost portion of the border, between Vancouver and Seattle, a French woman was recently detained for two weeks by US Border Patrol officers after accidently crossing the border during a routine jog, Sputnik News reported.