US President Donald Trump said Thursday he was getting along well with North Korea’s leader Kim Jong-un and expected him to get rid of nuclear weapons.

"I get along very well with Chairman Kim. That’s a good thing," Trump said at a rally in Great Falls, Montana. He added he believed Kim really intended to scrap nukes. "It’s going to happen," he said.

He then argued his North Korea policy could never cause a war in the Korean peninsula and accused his predecessor, Barack Obama, of putting millions at risk in the South when he chose confrontation with Pyongyang over dialogue.

© AP Photo / Ahn Young-joon, File
Trump Welcomes North Korea's Decision to Dismantle Nuclear Test Site
"Obama was very close to going to war… You could have lost 30 to 50 million people. You could have had a war like you haven’t had in a long time. Guess what you have now: eight months no nuclear testing, no missiles, no anything," Trump pointed out.

US Secretary of State Mike Pompeo said on Twitter late on Thursday he had discussed North Korea with the president aboard Air Force One.

"The President told me he believes that Chairman Kim sees a different, brighter future for the people of North Korea. We both hope that’s true," he said. 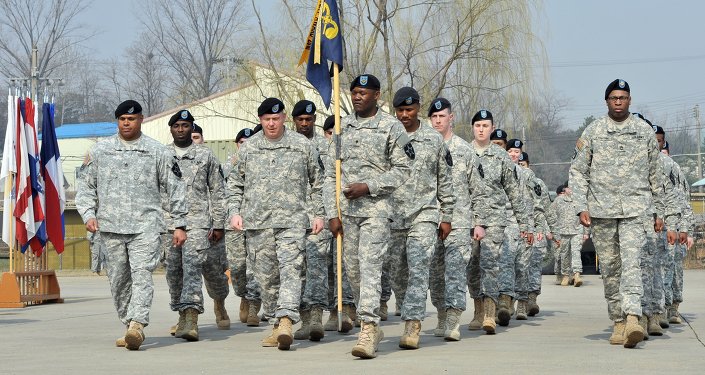 © AFP 2019 / JUNG YEON-JE
US Ends 70-Year Military Presence in Seoul Amid Kim-Trump Thaw
Mike Pompeo is reportedly expected to continue consultations with North Korean officials during his two-day visit in Pyongyang in order to implement the forward progress made by US President Donald Trump and Kim during the high-level summit in Singapore.

Trump was the first sitting US president to ever meet a North Korean leader. The historic summit took place in Singapore last month. The two agreed that Pyongyang would abandon its nuclear arsenal in return for sanctions easing.