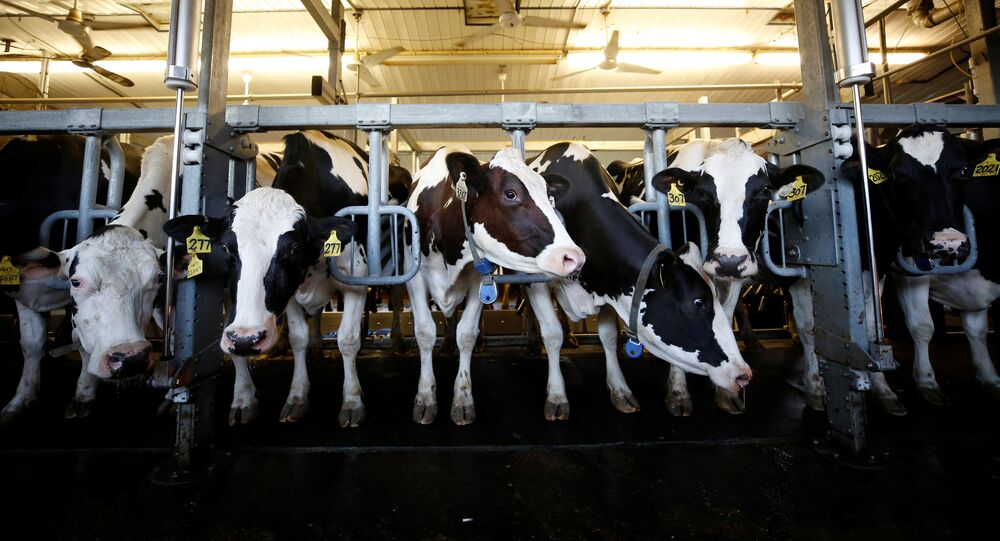 Trump slammed Canadian tariffs on dairy as he departed the latest G7 summit, claiming that US farmers had been effectively banned from its northern neighbor’s market.

Quebec Premier Philippe Couillard expressed in an interview with Bloomberg that Canada must seek ways to settle the trade dispute with the US, as it's harmful for both countries' economies. He suggested that legislation regulating the price of so-called "class 7" milk, ultra-filtered milk used for increasing protein in cheeses and yogurts.

According to Couillard, during his consultations with US Secretary of Agriculture Sonny Perdue in Washington, it became clear that the US is mostly interested in that particular legislation rather than a broader reform of Canada's massive dairy supply management system.

The supply management system in Canada controls the output of dairy production via quotas and import tariffs so that supply and demand remains balanced. At the same time, the pricing of class 7 milk is regulated by a separate law and can thus more easily be altered.

US President Donald Trump has previously complained about Canadian tariffs on dairy products from the US, claiming that the 270% import taxes effectively ban American farmers from the Canadian market. He demanded that Ottawa change its "unfair" tariffs.

The US has imposed 25% and 10% tariffs on steel and aluminum coming from Canada and other countries, demanding that they abolish "unfair" tariffs on US goods, claiming that imports of the two metals constitute a national security risk.

Canadian Prime Minister Justin Trudeau blasted the claims, saying that it is insulting to suggest that Canada could be a threat to US national security. Canada announced on June 29 retaliatory tariffs on US goods, ranging from 10% to 25%, in response to those imposed by the US.

Canadian Company Forges Ahead With US Lithium Mine in Former Supervolcano