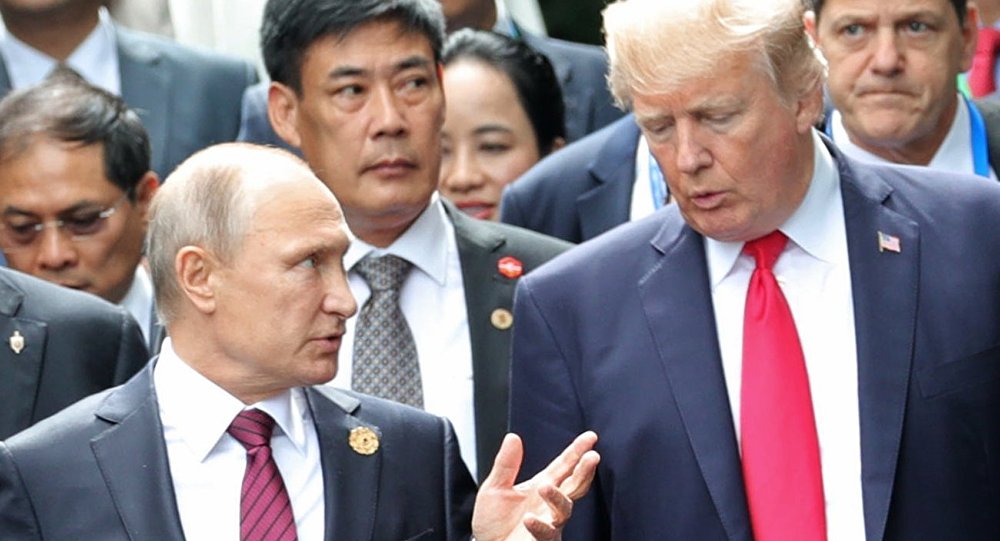 WASHINGTON (Sputnik) - US President Donald Trump told reporters on Air Force One that he will discuss during a meeting with Russian President Vladimir Putin Moscow's alleged interference in US elections.

© Sputnik / Michail Klimentjew
Wall Street Analyst Explains How Trump-Putin Summit May Ease Tensions in Europe
Kremlin spokesman Dmitry Peskov said earlier in the day if Trump raises the issue of Russia's alleged meddling in the US election at talks in Helsinki, Putin will be ready to once again deny it.

© REUTERS / Maxim Shemetov
From 'Obama Did It' to 'Part of Russia': Evolution of Trump's Position on Crimea
The Russian-majority region voted by a landslide in 2014 to secede from Ukraine after a coup in the Eastern European country brought nationalists to power. Kiev's Western allies refused to recognize the outcome and imposed sanctions on Russia and separately on Crimea. During his 2016 election campaign Trump hinted at a possibility of recognizing Crimea as part of Russia but has since backtracked.