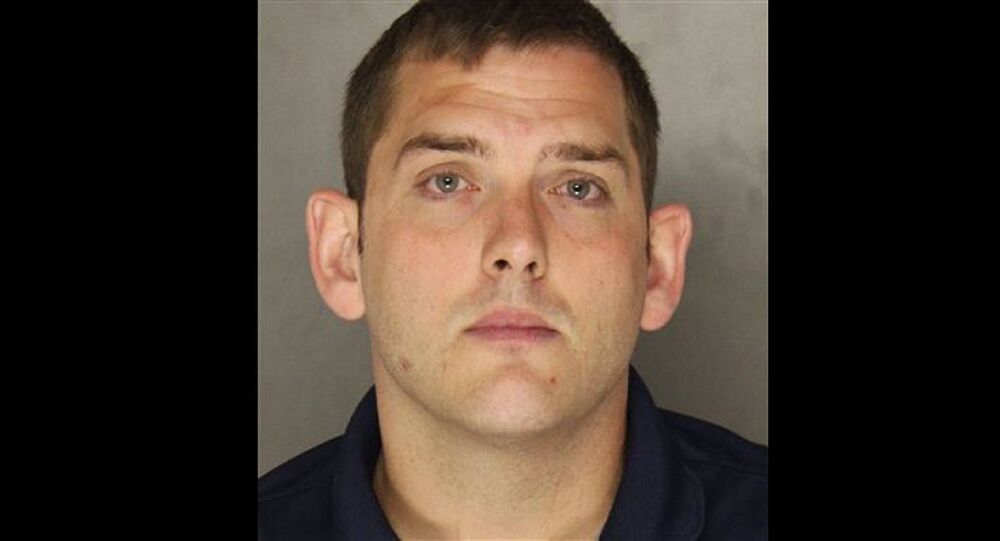 Pittsburgh police officer Michael Rosfeld has been charged with homicide for the killing of unarmed 17-year-old Antwon Rose II on June 19. The officer shot down the boy within 90 minutes of being sworn in as a police officer.

Officers pulled over a car in which Rose and another teenager were passengers last Tuesday on suspicion of being involved with a drive-by shooting, which Pennsylvania's Allegheny County District Attorney Stephen Zappala said Rose did not participate in. He had done nothing besides "be in the car," Zappala said, which was an illegally operated taxi.

While the driver was being detained, the two teens fled. That's when Rosfeld shot Rose.

Witnesses say that Rose showed his hands to the officer before he was gunned down, Zappala stressed. He did not have a weapon on him.

Prosecutors cited contradictions in the officer's testimony at a press briefing Wednesday. Rosfeld first told investigators that the teen turned his hands towards him when he ran and that he "saw something dark he perceived as a gun." Later, during a second interview, Rosfeld said he did not see a gun and was uncertain if Rose pointed his arm at him.

"You do not shoot someone in the back if they are not a threat to you," said the DA.

"Antwon Rose's family regards the charging of Michael Rosfeld with guarded optimism," tweeted the family's attorney, Lee Merritt. "The family will settle for nothing less than a conviction and appropriate sentencing."

When pressed on Rosfeld's prior employment and whether Zappala's office had identified anything that had raised concerns, the chief prosecutor said yes, but would not elaborate. Rosfeld has been doing police work for the past seven years.

"We echo the sentiments that this officer with a history of violence and a history of manipulating evidence to obscure his violence at previous jobs, there should have been safeguards in place to ensure that he wasn't hired in the first place," Merritt said.