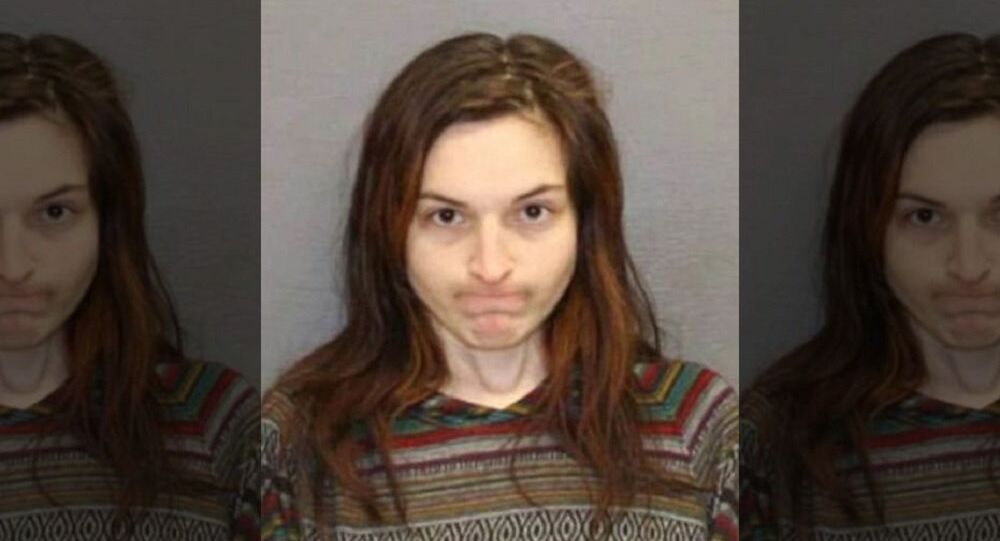 Pants Off! US Woman Forces Ex to Have Sex With Her Using Machete

A woman from the US state of Montana is facing six charges, including aggravated burglary, assault with a weapon, unlawful restraint, partner family member assault and two counts of criminal mischief, according to Great Falls city police.

Samantha Ray Mears, 19, broke into her ex-boyfriend's house with a machete, waited for him to come home and then ordered him to take off his clothes and forced him to have sex with her, police said.

The man stated he complied out of fear. He also provided to investigators multiple pictures of Samatha Mears sitting naked on the bed with the machete in hand after intercourse.

READ MORE: UK Model Confesses She Was Ready to Sleep With Abductor to Stay Alive

Eventually, Mears reportedly ripped off a piece of furnishing from the wall and purposely urinated on the victim's bed.

At some point, the man overheard his sister come home and he texted her to leave the house. He later called 9-1-1 but pretended to talk to "Doug," so Mears wouldn't know he was calling for help, police reported. The alleged victim and his sister fled the home, just as police arrived.

Samantha has claimed that she was kidnapped by her ex and that he had given her the machete to protect herself.

Two days prior to this incident, Mears was released on recognizance after being accused of Strangulation of a Partner or Family Member, the victim in that case also was the same man, according to KFBB.

Court documents indicate the pair has been in a relationship for approximately seven years.