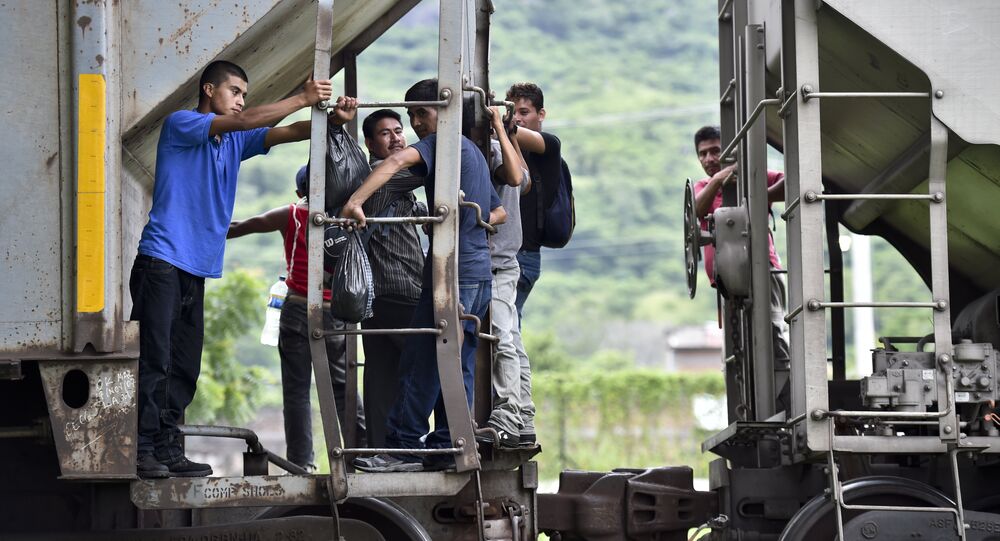 MOSCOW (Sputnik) - A federal judge in California issued a preliminary ruling to stop a separation of families at the US border and their reunification as part of a case filed by the American Civil Liberties Union against the administration of US President Donald Trump, CNN broadcaster reported.

The court particularly required the US federal officials to reunify all parents with their children aged under 5 within two weeks, and reunify parents with their children aged 5 and older within 30 days. The ruling did not imply, however, that the US authorities must halt a prosecution of individuals who had crossed the US border illegally, according to the CNN broadcaster.

The next hearing of the case is scheduled for July 6, according to the broadcaster.

Earlier in June, Trump signed an executive order to end family separations but it did not provide instructions or a plan for how to reunite those who were already separated.

© AFP 2021 / Mark RALSTON
America's Problem is Not Immigration. America's Problem is White Supremacy
The Trump administration has been criticized for its "zero-tolerance" immigration policy after, as a result of which nearly 2,000 immigrant children were forcibly kept apart from their parents, who crossed the US border illegally, between April 19 and May 31, according to the Department of Homeland Security.

In February, The American Civil Liberties Union referred the case against the Trump administration on behalf of a woman from a Democratic Republic of Congo seeking asylum in the United States, who was split from her 7-year-old child.