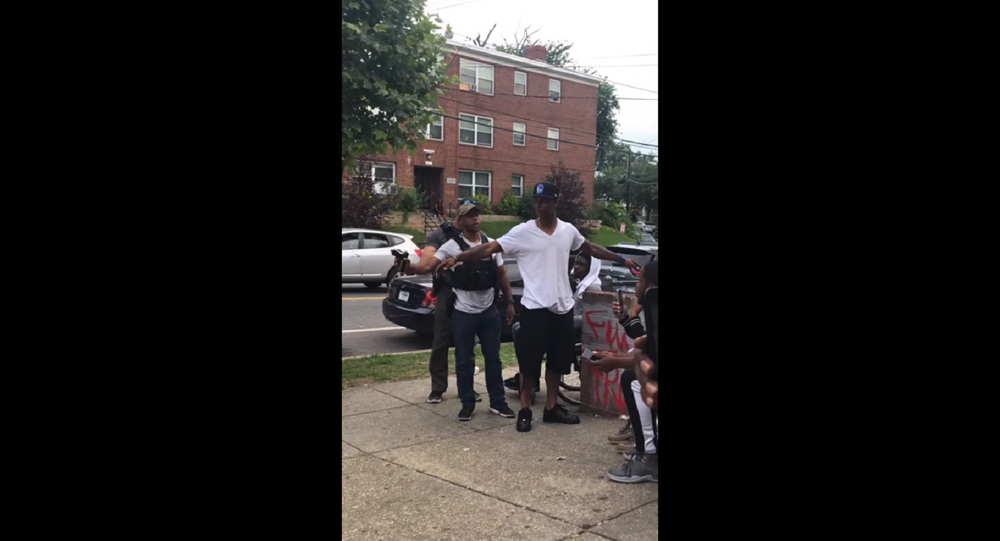 A neighborhood leader in Washington, DC, is accusing the city’s Metropolitan Police Department (MPD) of violating the civil rights of residents in DC’s mostly-black Southeast quadrant. The protest of Neighborhood Commissioner Anthony Lorenzo Green follows the publication of a viral video that is raising eyebrows on the web.

In the video taken on June 22, police officers with bulletproof vests exit their vehicle and approach a group of young black men sitting outside a barber shop on the ironically named Sheriff Road. The officers ask people in the group to show their identification. "What's the cause?" one can be heard asking.

Officers then direct their question to a black man in a white t-shirt. Other members of the group tell him not to show ID, and the man consents to a search. In his waistband, officers find a gun (either a handgun or BB gun), but have him stand aside, instead of placing him in handcuffs. Then, the officers order a search of the other people in the area, telling them that the recovery of the gun gave them probable cause to conduct more searches.

The men refuse to be searched, but the officers proceed to nonetheless, by force. No arrests appear to have been made.

The people filming the video suspect the man who consented to a search to be an undercover police officer, who they claim they did not know.

A little more than three minutes into the video, during the ensuing ruckus, the man who consented to the search can be seen walking away from the scene.

​On Sunday, Green wrote a letter to DC Police Chief Peter Newsham claiming that it was "discovered" that the man was an undercover police officer, demanding that the "racist practice" be halted.

"What will not be tolerated in my community is the violation of the fundamental right against unreasonable search and seizure and the right to be free of cruel and unusual treatment," he wrote. "Taking our grandmothers out for coffee and donuts, only to create a false narrative to promote on social media, does not give your department a free pass to subject their sons and grandsons to disproportionate and unfair treatment."

The community "does not need MPD to be creating more circumstances to take another black man off the street in a body bag," the letter concludes.

Newsham defended the stop publicly on Monday, saying that the man was not a police officer and that officers' search had turned up drugs. The latter claim was also disputed in Green's letter.

However, in an emailed response to Green obtained by WUSA 9, Newsham vowed: "I will ensure that a full and complete investigation will be conducted."