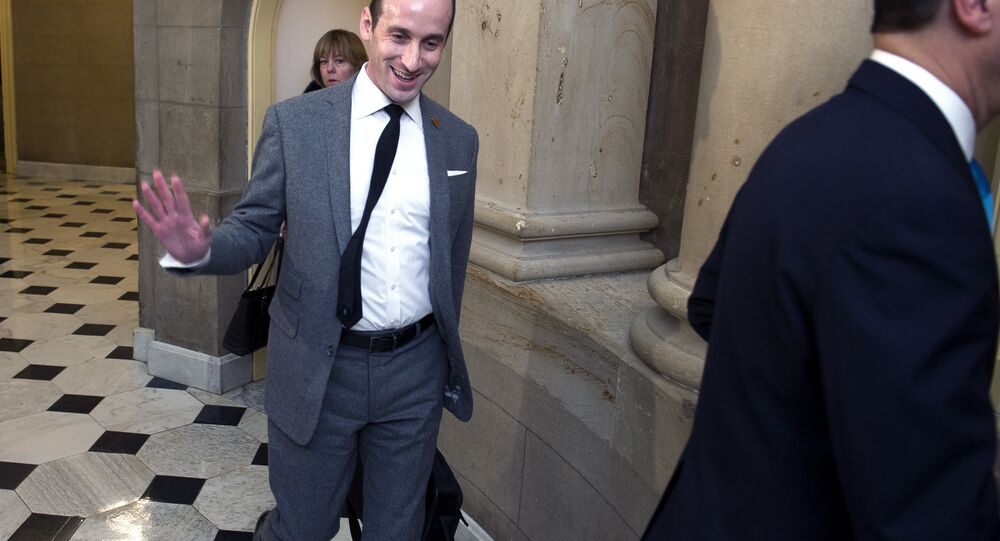 Trump's administration has recently found itself in hot water due to its "zero tolerance" policy towards immigrants, which has led to thousands of children being detained separately from their parents. On June 20, Trump signed an executive order to stop this policy, under public pressure.

White House adviser Stephen Miller was called a "fascist" during his visit to  the Mexican restaurant Espita Mezcaleria in DC on June 17, the New York Post reported. The Post reports that despite the epithet, Miller didn't leave, unlike Homeland Secretary Kirstjen Nielsen, who was heckled by socialists this week.

"Hey look guys, whoever thought we'd be in a restaurant with a real-life fascist begging [for] money for new cages?" the customer reportedly said.

The incident allegedly happened two days prior to another one linked to the ongoing dispute in the US over separated children. Activists from the Democratic Socialists of America rushed into another Mexican restaurant, where Homeland Security Secretary Kirstjen Nielsen was having her dinner, and started demanding an end to the US policy of separating migrants' children from their parents and shouted 'shame' until she decided to leave the restaurant.

Trump issued an executive order stopping the policy of separating the children of illegal migrants from their parents on June 20 under heavy pressure from public opinion. The practice used by the US border guards had generated massive public outrage against his administration.

The policy was introduced by Trump's administration in April 2018 as part of the criminalization of illegal immigration. The move to throw the unwanted newcomers in jail necessitated that the children that accompanied them be detained separately. The US president had insisted that the Department of Homeland Security was strictly following the law, and shifted the blame to Congress, which was unable to close "loopholes" in legislation.

Why Ending Family Separation Will Not Fix America's Immigration System