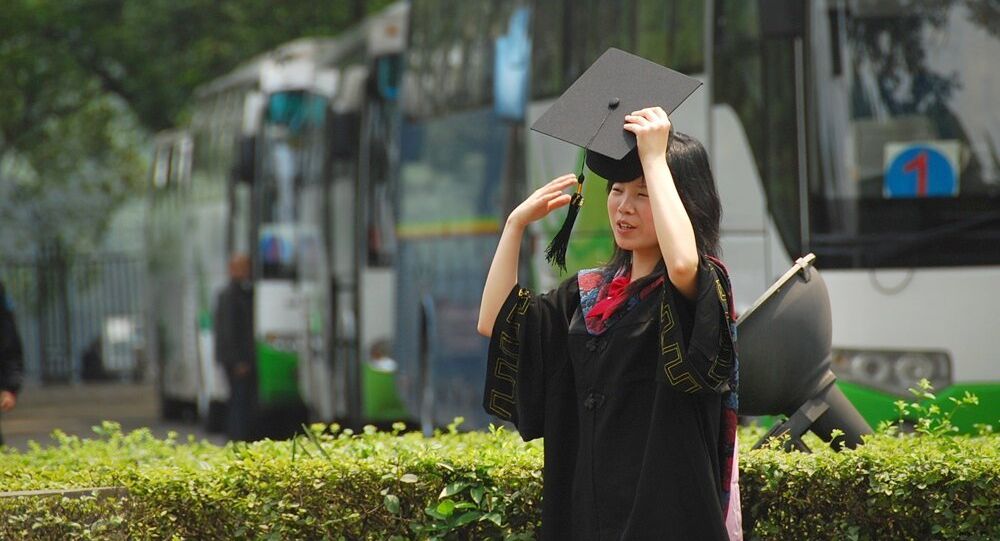 The United States may have to assess the benefits of admitting thousands of Chinese doctoral candidates into its Science, Technology, Engineering, and Mathematics (STEM) programs given concerns over intellectual property theft, Department of Defense Undersecretary for Research and Development Michael Griffin told Congress on Thursday.

"Do we wish to admit, as we have today, 30,000 Chinese PhD students in areas? Do we wish to do that? Do we think the benefits outweigh the [losses]?" Griffin asked members of the House Armed Services Committee. "It’s not for me to say whether we should or should not. I’m trying to put on the table that these apparently isolated decisions, in fact, when taken together comprise a whole of government strategy that we do not have."

© REUTERS / Larry Downing/Files
DoJ Convicts Ex-CIA Officer on Charges Related to Spying for China
Tensions sparked between China and the United States in recent months as US President Donald Trump threatened to slap steep tariffs on Chinese exports to the United States. In response, Beijing vowed to retaliate against US exports to China with a matching value. Washington hosted a second round of consultations May 17-18 between US and Chinese trade delegations.

The countries adopted a statement, in which they vowed to take effective measures on reducing US trade deficit, by significantly increasing the exports of US goods and services to China.

Meanwhile, Congress in legislation this week reimposed a ban on ZTE, a Chinese telecom giant, primarily due to fears over trade theft.

US officials are considering the move based on long-standing concerns that China's government could use the companies equipment to spy on or disrupt US telecommunications networks, the Wall Street Journal reported earlier, citing unidentified sources familiar with the issue.

US security services had also expressed concerns that Chinese telecom giants could use devices produced by it for collecting information about US citizens and officials.

© REUTERS / Kay Nietfeld, Pool
US Aims to Drive Foreign Investments Out of China Through Trade War - Analysts
Last week, US State Department has reportedly begun tightening visa issuing for some Chinese applicants. The Hill reported earlier,citing a State Department official that the changes were part of the US national security strategy to prevent intellectual property from being stolen by foreign competitors.

The US-based media outlet also said that a large majority of visas issued to Chinese nationals are for the maximum period of validity, US consular officers may limit the validity of visas "as appropriate."