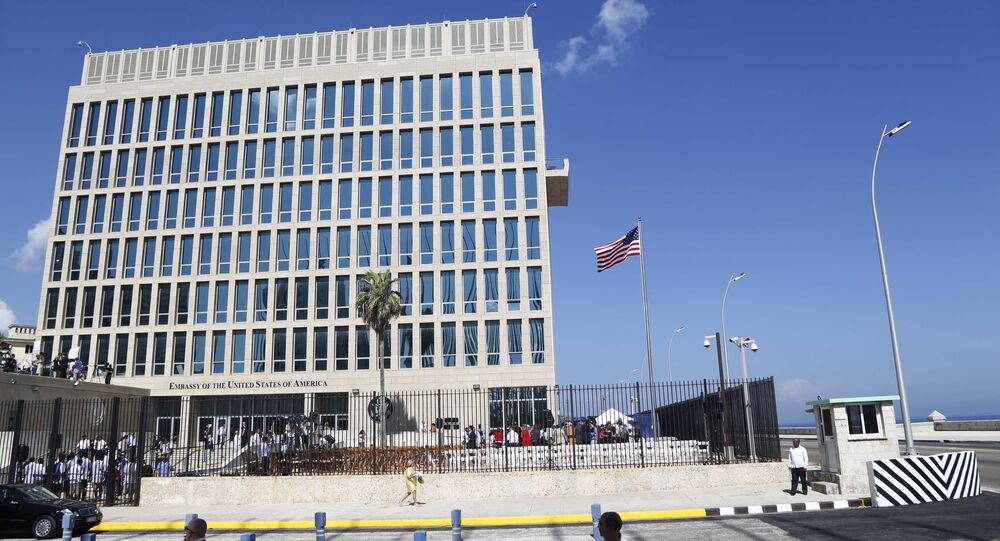 WASHINGTON (Sputnik) - The United States has conducted a medical assessment and confirms that another US diplomat in Cuba has experienced symptoms of a sonic attack, the US Department of State spokesperson Heather Nauert said in a press briefing on Thursday.

"On June 21, following a comprehensive medical evaluation one US diplomat working at the US embassy, Havana, was medically confirmed to have experienced health effects similar to those that were reported by members of the US Havana diplomatic community," Nauert said. "This is the first medically confirmed case in Havana since August of 2017. The number of Americans now affected is 25."

Nauert said the diplomat was evacuated to the United States, and that one more employee is still being evaluated.

© AP Photo / Andy Wong
Alleged Sonic Attack on US Diplomat in China Similar to One in Cuba - Pompeo
Last August, the State Department said diplomats working at the US Embassy in Cuba were affected by an incident involving an audio device. Media reports at the time said some of the diplomats suffered permanent hearing loss and possible brain injuries due to a sonic weapon. The Cuban Foreign Ministry has denied any Cuban involvement in the incidents.

More recently, US diplomats in China also complained of symptoms similar to the ones suffered by colleagues in Cuba.

In June, US Secretary of State Mike Pompeo announced that the State Department had established a task force to respond to the mysterious acoustic incidents overseas.

Last week, State Department spokesperson Heather Nauert warned that the US would not be able to provide regular visa services in Havana until the Cuban government ensures the safety of US Embassy staff.