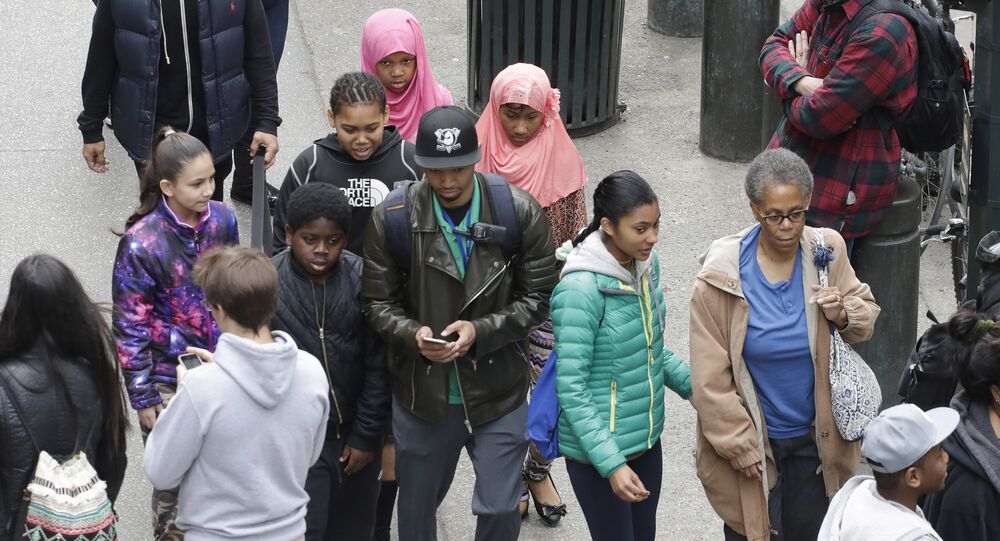 Demographic experts explain that the change is a result of the declining fertility of baby-boomers and growing immigration from non-white majority countries.

At the same time, the Hispanic population grew by 2.1%, the African American population by 1.2% and the number of people of Asian origin by 3.1% over the course of the year. The average age of a US citizen reached 38 years in 2017, according to the report.

Molly Cromwell, a Census Bureau demographer, believes the aging baby boomers are the reason for the trend. A low influx of immigrants from Europe paired with a mortality rate overshadowing the birthrate has also contributed to the white population's decline, the report says.

The news comes amid Trump's campaign against illegal immigration. One of his recent moves, the introduction of a "zero tolerance" policy against those who violate the US border, has led to the separation of children of illegal immigrants from their parents. The policy has provoked severe public backlash, eventually leading to Trump issuing an executive order on June 20 to stop the separations.