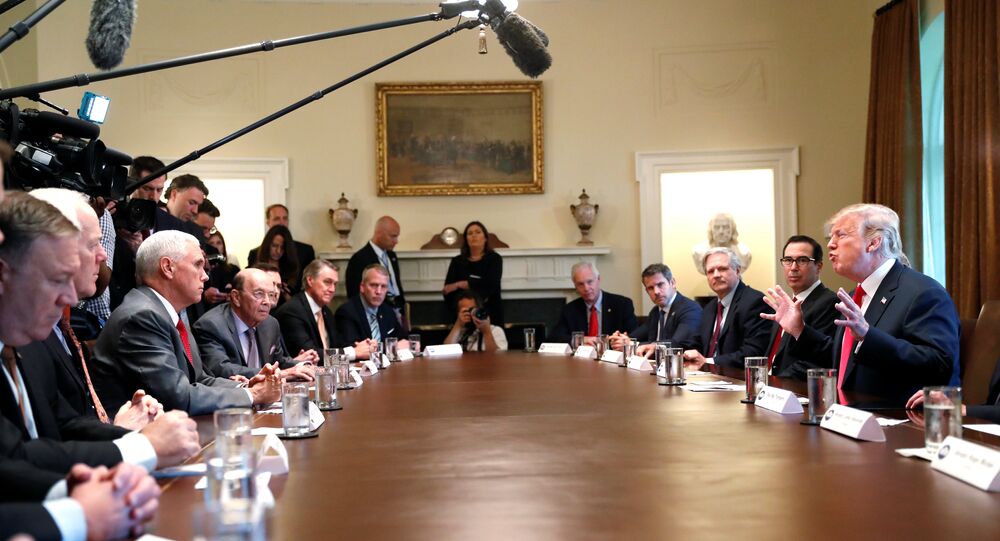 The White House has been harshly criticized for its "zero-tolerance" policy, as it has led to the separation of thousands of children from their families at the border.

US President Donald Trump announced on Wednesday that he would sign "something pre-emptive" in order to put an end to the separation of immigrant families at the southern borders of the country.

The president added that the administration is "going to count on Congress" to address the issue.

© AP Photo / Wilfredo Lee
Trump Points to 'German Example' as Zero Tolerance Rift Grows
Earlier in the day, Trump said on his Twitter account that the migration laws in the US are "the weakest and worst anywhere in the world." These words followed earlier statements by the US president on the migration issue, having previously tweeted "If you don’t have Borders, you don’t have a Country."

The alleged executive order could conclude a long struggle between the president and the opposition, which started last May when US Attorney General Jeff Sessions said that the Trump administration would adopt a zero-tolerance policy towards illegal migrants.

The policy includes measures such as taking children away from parents that had been detained by the authorities. According to the US Department of Homeland Security, up to 2,000 immigrant children were separated from their parents between April 19 and May 31, leading to protests across the country. In response, Republican lawmakers have expressed the desire to allow parents and their children to stay together.