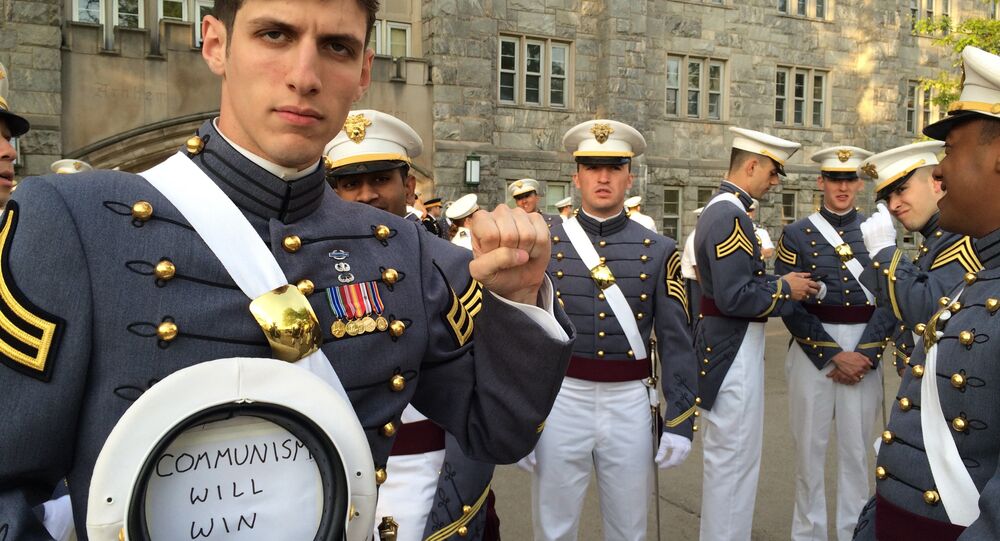 ‘Commie Cadet’ Gets Other-Than-Honorable Discharge from US Military

Second Lieutenant Spenser Rapone, a graduate from the US Military Academy West Point, received an “other-than-honorable” discharge over “conduct unbecoming of an officer” after posing in several photographs posted to social media with communist-inspired images.

Rapone was previously a US Army Ranger and served in Afghanistan as an enlisted man before attending West Point, the US Army's officer training academy. An investigation into him after the photographs went viral found that he had advocated for socialist revolution and insulted senior military officials.

His other-than-honorable discharge may block him from receiving veterans benefits for his combat service, according to the Washington Post.

His antics drew the ire of US Senator Marco Rubio (R-FL), who urged the military to dismiss Rapone. Following Rapone's discharge, Rubio told the Washington Post that, "While in uniform, Spenser Rapone advocated for communism and political violence and expressed support and sympathy for enemies of the United States," adding that he was glad that Rapone had been handed down an other-than-honorable discharge.

Rapone took to Twitter following his dismissal Monday, giving the US Army Fort Drum base a middle finger upon leaving, with the caption "One final salute #FTA." "FTA" may be a variation of the phrase "FTP," or "F*ck the police." but instead referring to the US Army.

"I would encourage all soldiers who have a conscience to lay down their arms and join me and so many others who are willing to stop serving the agents of imperialism and join us in a revolutionary movement," Rapone said, according to Fox News.