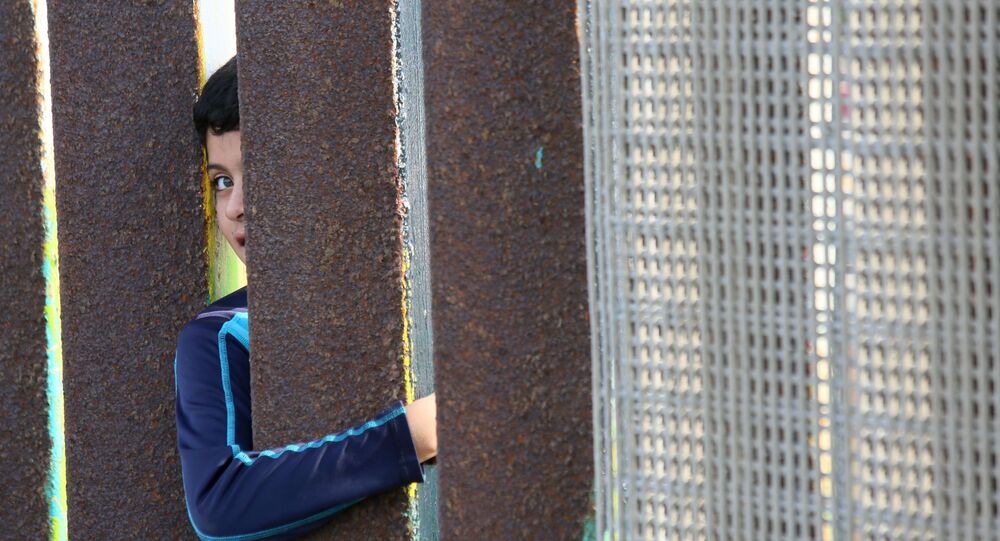 WASHINGTON (Sputnik) - President Donald Trump’s policy separating minors from parents who illegally entered the United States is as cruel as the use of torture, Amnesty International said in a press release on Monday.

"This is a spectacularly cruel policy, where frightened children are being ripped from their parent’s arms and taken to overflowing detention centers, which are effectively cages. This is nothing short of torture," the release said.

© AP Photo / Carolyn Kaster
US States Sue Trump Administration to Remove DACA Migration Program - Reports
Amnesty International emphasized that such treatment affects the children mentally and leads to severely negative health consequences. Therefore, the actions by the Trump administration qualify as acts of torture as defined by the international law.

Moreover, Amnesty International claimed that the US government created the problem for political purposes and called the current developments on the immigration issue "a sick game."

On April 6, US Attorney General Jeff Sessions announced a zero tolerance policy for criminal illegal entry. The policy went into effect in May.

The United States has separated nearly 2,000 children from families since mid-April in the wake of the implementation of a zero-tolerance policy against illegal immigration. The policy does not apply to families that apply for asylum at official points of entry, according to US officials.