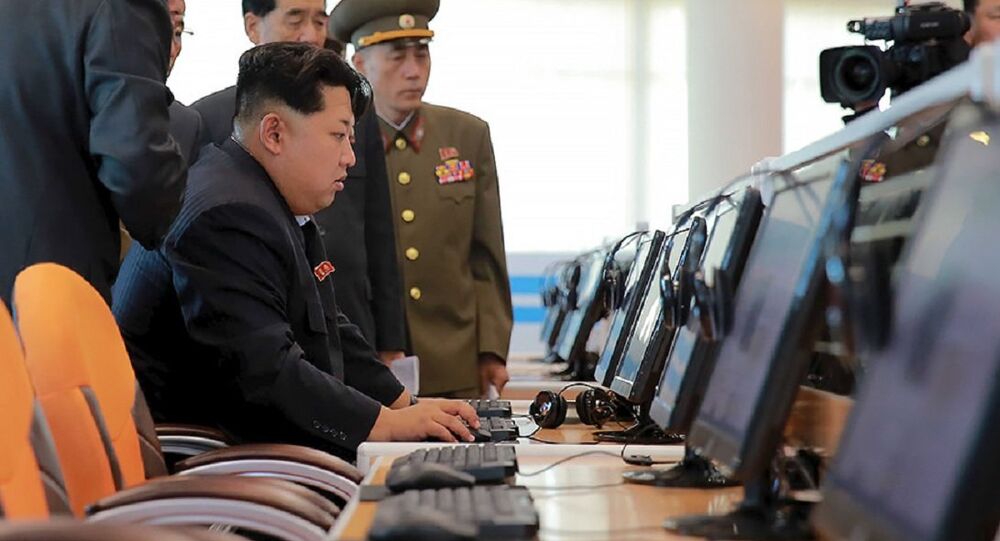 It seems that Donald Trump wants to borrow something from Kim Jong-un's political style amid the general thaw between the US and North Korea.

Speaking to Fox and Friends on Friday, Trump called Kim a "strong head" of his country and said he admires the attention his staff seems to pay to their leader when he speaks. "Don't let anyone think different. He speaks and his people sit up at attention. I want my people to do the same," Trump said.

Later in the day, Trump was asked by reporters what he meant by the remark. "I was kidding. You don't understand sarcasm," he said.

© REUTERS / KIM HONG-JI
Trump-Kim Summit Allows World to Escape Nuclear War - South Korean President
The comments prompted media on both sides of the Atlantic to "remind" readers that Kim was not a democratically elected leader, with CNN, Vox, The Guardian, and others pointing to North Korea's human rights record, including the alleged execution of several hundred people, including top military and government officials, as reported on by South Korean think tanks and media.

Trump's comments followed remarks he made in an interview with Fox News host Bret Baier, in which Baier called Kim "a killer" and a leader who has "done some really bad things."

"Yeah, but so have a lot of other people done some really bad things. I could go through a lot of nations where a lot of bad things were done," Trump countered. "I think we have a very good relationship. We understand each other," Trump said of Kim.

© REUTERS / Pool via Reuters
Why Do Mainstream Media Hate Trump's Triumph?
In an interview with ABC News host George Stephanopoulos, Trump was again told that Kim was "a brutal dictator [who] runs a police state, [engages in] forced starvation, [runs] labor camps; he's assassinated members of his own family. How do you trust someone like that?"

"I can only tell you from my experience, and I've met him, I've spoken with him…I think that he really wants to do a great job for North Korea. I think he wants to de-nuke, without that, there's nothing to discuss," Trump said. "Over my lifetime I’ve done a lot of deals with a lot of people and sometimes the people you most distrust turn out to be the most honorable ones and the people that you do trust turn out to be not the honorable ones," he added.

Trump and Kim met in Singapore on June 12, signing a joint statement promoting new peaceful relations and the denuclearization of the Korean peninsula, and committed to follow up high-level talks. Trump also pledged to stop "provocative" military exercises in the region.