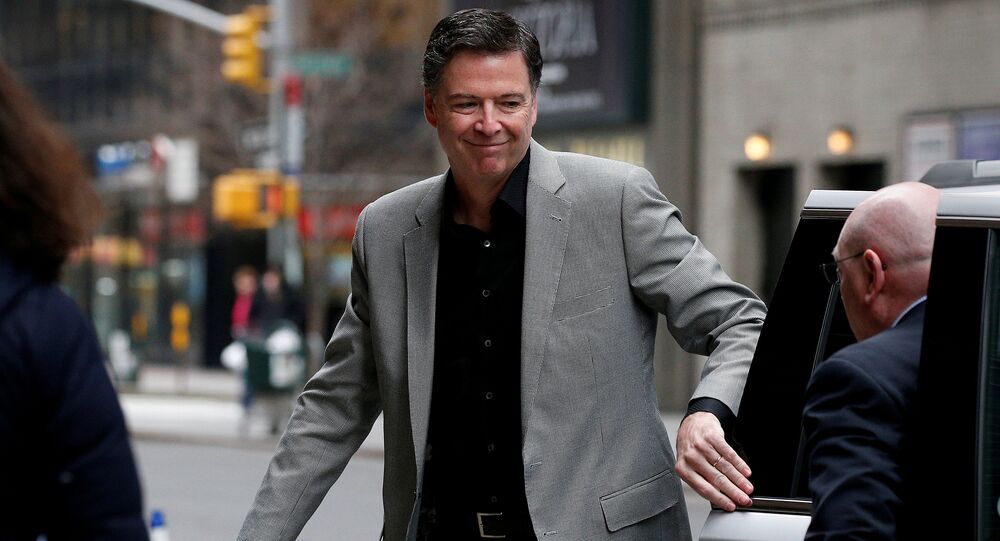 Trump's remarks come following Attorney General Jeff Sessions' statement that the Inspector General's new report on the FBI's handling of investigations into the 2016 election campaign could lead to more firings at the FBI and Justice Department.

In a tweet, Donald Trump said that James Comey "will now officially go down as the worst leader, by far, in the history of the FBI" following the release of Inspector General Michael Horowitz' report.

The 500-page document found that the FBI chief deviated from the bureau and Justice Department norms and policies, and accused him of usurping the authority of Attorney General Loretta Lynch in July 2016 when he announced that there would be no charges brought against Hillary Clinton over her use of a private email server during her tenure as secretary of state. The report stressed that these decisions "negatively impacted the perception of the FBI and the Department as fair administrators of justice."

© AP Photo / Andrew Harnik
Watchdog Says FBI Wasn’t Politically Biased in 2016, But Texts Reveal Otherwise
The report added however that it could not prove that Comey exhibited any political bias or attempt to influence the election with his actions.

Speaking to Fox and Friends on Friday morning, Trump said that the "end result" of the inspector general's was wrong. "There was total bias," he said. "It was a pretty good report, and then I say the IG blew it at the very end with that statement."

The president also boasted that notwithstanding the plot, he was "proud" because he beat both the Clinton and Bush political dynasties.

FBI Director Christopher Wray said he accepted the findings of Horowitz's report, and that he would hold employees who engaged in misconduct accountable. "I take this report very seriously and we accept its findings and recommendations," he said Thursday.

On the eve of the report's release, Attorney General Jeff Sessions told The Hill that that more FBI and Justice Department employees would be fired if the report warrants doing so. Sessons' remarks follow in the wake of the firing of two top Obama-era FBI executives last month over their handling of the Clinton emails case.

James Comey was tasked with investigating the private email correspondence of Democratic presidential candidate Hillary Clinton starting in mid-2015. Clinton was criticized over her use of a private server amid fears that the emails could be hacked, or that she could use the  server to cover up communications about taking cash in exchange for political favors. In July 2016, Comey recommended no charges for Clinton. However, ten days before the election, he announced the resumption of the investigation.