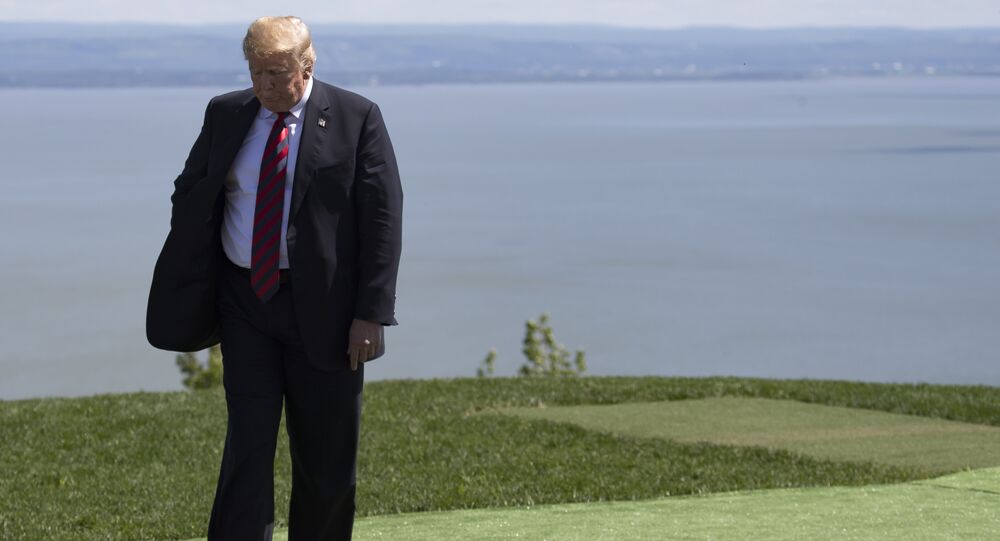 During a G7 dinner on June 8, Trump also called Ukraine one of the most corrupted countries in the world and questioned why the Group of Seven leaders support it, Buzzfeed reported, citing two diplomatic sources.

It was unclear if Trump was joking or signaling a dramatic change in the US administration’s policy, the media outlet said, adding that the White House did not respond to their request for comment.

Last week, before leaving for Canada Trump told reporters it would be good to readmit Russia to G7. He repeated this position later in an interview to Fox News after the summit.

© REUTERS / Maxim Shemetov
Russia to Respond to Fresh US Sanctions Without Additional Legal Procedures, Lawmaker Says
The leaders of the G7 major advanced economies — the United States, Germany, Japan, the United Kingdom, France, Italy and Canada — gathered in Quebec for a two-day annual summit on June 8-9. The group used to be called the G8 before Russia's membership was suspended in 2014 after the outbreak of the Ukrainian crisis.

Crimea seceded from Ukraine and rejoined Russia in the spring of 2014 when over 97 percent of the peninsula residents voted in favor of reunification in a referendum. After the vote, Russian President Vladimir Putin issued a decree on the rehabilitation of the Crimean Tatars and other peoples deported from the peninsula.