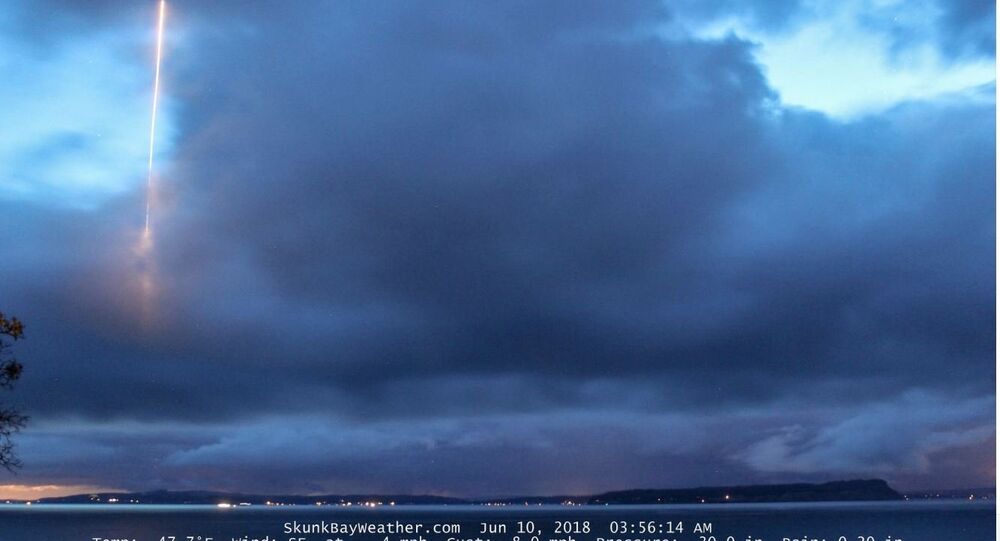 The strange object that left a bright red and orange vertical streak through dark skies over an island off the coast of Washington State on Sunday was not connected to US military activity, forces in the area have confirmed.

On Sunday, a weather camera snapped footage of a weird object streaking through the sky in the wee hours of the morning around 3:56 a.m., military.com reported. The news outlet inquired with Naval Air Station Whidbey Island whether it had conducted a missile launch, which might have explained the ascending object.

"There's a lot speculation around here," a spokesperson for NAS Whidbey Island told military.com on Monday, "but it's definitely not a missile launch." The naval air station on the island does not have any missile capabilities, according to the spokesperson.

Professor Cliff Mass, an atmospheric sciences faculty member at the University of Washington, wrote in a blog post Monday that the object "really looks like an ascending missile… I would be interested if someone had some insights into this sighting." The professor noted that he has never heard of rocket launches taking place at NAS Whidbey Island, and that "this feature does not like like a meteor."

According to SkunkBay Weather, a weather monitor in Washington State, the videographers contacted both NAS Whidbey Island and the US Defense Department before sharing the video publicly. "My night camera picked up what clearly looks like a very large missile launch from Whidbey Island," SkunkBay Weather said in a Facebook post.

"They all said it didn't come from them."

VIDEO of Mystery Booms in US Sets YouTube on Fire