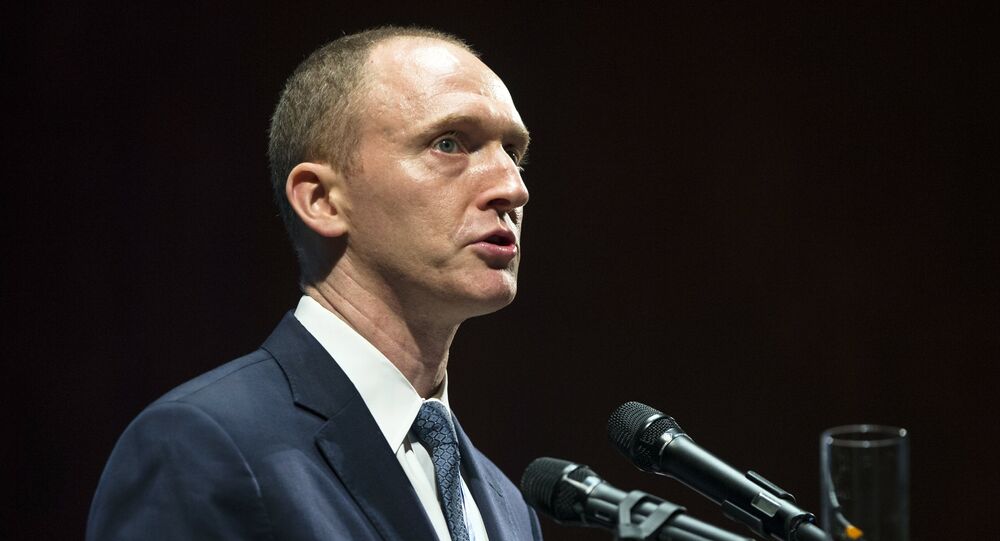 Former foreign policy adviser to Donald Trump’s presidential campaign Carter Page believes the US government “abused” its power by directing its vast surveillance capabilities at him under the pretext of a “dodgy dossier” that was funded by lawyers for Trump rival Hillary Clinton, Real Clear Investigations reported Thursday.

"Until the DoJ [Department of Justice] discloses full information about the dodgy dossier, amends their court filings that led to extensive abuse of process, and discloses details on the other sources of their lies, it will be impossible for Americans to fully trust them again," Page said in an interview with the outlet published Thursday.

The court that granted authorities a warrant to spy on Page, the so-called FISA courts authorized by the Foreign Intelligence Surveillance Act, is different from US Article 3 courts, which provide the accused with the ability to defend themselves. FISA courts are secret, government-only entities, with no prosecutor or defense attorney present during their proceedings.

Rep. Adam Schiff (D-CA) has defended the government's espionage against Page, arguing that "the FBI's concern about and knowledge of Page's activities… long predate the FBI's receipt of Steele's information." Christopher Steele was the former MI5 agent who supplied the essential dirt on Trump contained in the dossier. Schiff and fellow House Intelligence Committee Democrats pointed to Page's interview with the FBI in March 2016 as evidence that the dossier wasn't what kicked the operation to spy on Page into gear.

On Thursday, Page revealed that the March 2016 interview, which took place at the office of US Attorney General Preet Bharara in New York City, had "absolutely nothing" to do with the Trump campaign or "Russian collusion." Instead, the questions were related to "events in 2013" — long before Trump began hinting he would make a serious run at the White House.

Page was under FBI surveillance and was being "shadowed" before the election, RCI reports, by Stefan Halper, a professor at the University of Cambridge. The New York Times reported in 1983 that Halper was "the person in charge" of "an operation to collect inside information on Carter Administration foreign policy" in the 1980 presidential election race on behalf of Republican Ronald Reagan, who successfully challenged incumbent President Jimmy Carter.

Page, a US citizen and US Naval Academy graduate, has said under oath he did not meet with Kremlin officials as alleged by Steele, who received $168,000 from lawyers tied to the Clinton campaign to produce the document, most of the contents of which remain unverified. He has also not been indicted for any criminal wrongdoing in special counsel Robert Mueller's probe, which has not suffered from a shortage of time nor resources that might be needed to bring charges against Page.

"There was no basis for the FISA warrants," said Page.

Page sent a Freedom of Information Act request to the FBI in May 2017 seeking copies of "all information gathered pursuant to the warrants" that authorized surveillance against him, he said, as well as "all communications between Justice Department officials and employees of the campaign related to him," RCI noted.

Page said he has not received any materials from the government relevant to his FOIA request.

FBI: Did Obama's Secret Police Spy On The Trump Team?