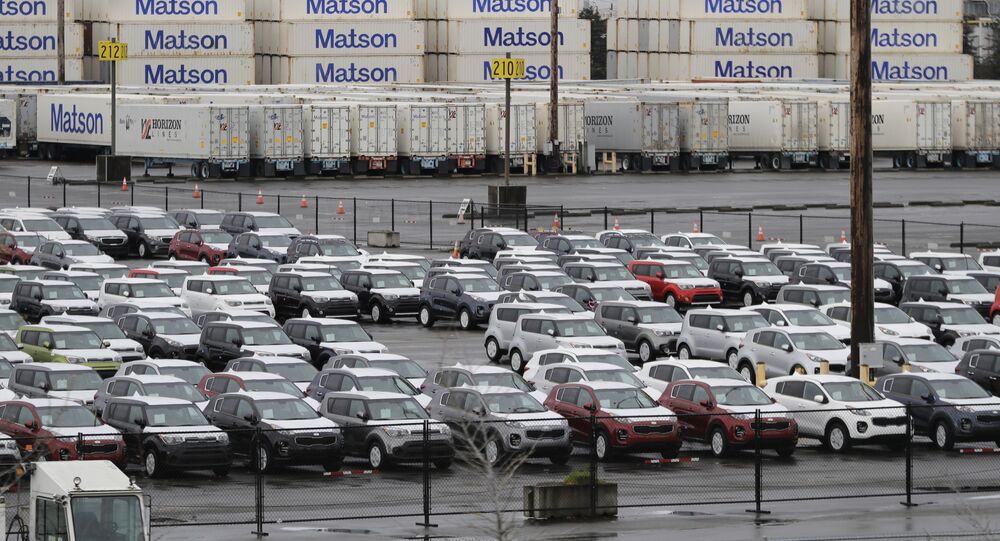 "We share with you and President Trump the goal of bolstering our nation’s security and making sure that our trade policy is balanced and works for American workers and businesses. We are worried though that tariffs on the automotive industry will serve neither of these purposes and instead put hundreds of thousands of American jobs at risk including many in our home states," the senators wrote in their letter to Ross.

According to Jones and Alexander, the proposed tariffs are likely to force automotive companies to raise prices or cut costs. Either scenario translates into lost jobs for constituents, the senators said in their letter.

© AP Photo / Saul Loeb
How US-China Dispute May Turn Into Trade War With No End in Sight
Auto manufacturers and suppliers employ nearly 200,000 workers in Alabama and Tennessee, the home states of Jones and Alexander, respectively.

Last month, the US Department of Commerce said it would look into the imports of automobiles, including SUVs, light trucks, and vans, as well as auto parts after estimating that imports of passenger vehicles grew from 32 percent of cars sold in the United States to 48 percent over the past two decades.

According to media reports, Trump is considering imposing duties as high as 25 percent.